Invitation to a media talk and photo opportunity:Installation of a meteor camera on the roof of the NHM Vienna.

From 31 August 2015, scientists at the NHM Vienna will be able to use a special camera to observe shooting stars and fireballs in the sky above Vienna. The museum invites journalists to a media talk and photo opportunity on the roof of the NHM Vienna on 31 August 2015 at 10.30 am.

From 31 August 2015, scientists at the NHM Vienna will be able to use a special camera to observe shooting stars and fireballs in the sky above Vienna. The museum invites journalists to a media talk and photo opportunity on the roof of the NHM Vienna on 31 August 2015 at 10.30 am.

The following speakers and interview partners will be available:

A total of only seven meteorites[1] has been recovered in the last 250 years on the entire territory of present-day Austria, including four observed falls and three finds (i.e., meteorites that were discovered by chance several years after their fall). This is a very low number, considering that an estimated one to two falls per year occur over the territory of Austria.

The Natural History Museum Vienna has decided to join the French FRIPON project (Fireball Recovery and InterPlanetary Observation Network: http://ceres.geol.u-psud.fr/fripon/?lang=en) and to install a dedicated camera on the roof of its main building to witness shooting stars and fireballs, in the hope to recover meteorites. The objective of the FRIPON project, with the installation of the densest dedicated camera network in Europe, is to determine the source regions of the various types of meteorites, to be able to collect fresh (and rare) meteorites, and to perform scientific outreach. If successful, the camera at the NHM might be the first of a network over all of Austria.

Shooting stars are specks of dust that leave a trail of light (it is the ionized atmosphere that glows, not the particles) as they burn up in the atmosphere, whereas fireballs are caused by larger fragments of extraterrestrial material. In general these phenomena are called “meteors”. In some cases the objects do not totally disintegrate during their atmospheric passage and surviving parts can fall on the ground as meteorites.

The only way for determining the source regions of meteorites (in most cases from the asteroid belt, but a few also come from Mars and the Moon) is to observe the falls with cameras from more than one location so that the pre-atmospheric orbits can be back-calculated. The camera on the roof of the NHM, which will record 24 hours per day, is a first test installation, as about a dozen further cameras would be necessary to cover the entire territory of Austria. Any further work would be done in cooperation with the Czech-German European Fireball Network, which operates one station in Martinsberg (northern Lower Austria).

Geometric triangulation of a fireball trace on the sky from more than one location allows to determine the actual trajectory in the atmosphere, which can on the one side be back-calculated into outer space to derive the orbit of the object in space, and on the other side can be forward-calculated to estimate the falling location of any surviving meteorite. If a search on the ground is successful, a new meteorite might be recovered. Similar networks over Australia, Canada, the United States, and central/eastern Europe have led to the successful recovery of more than a dozen meteorites so far.

This inter-disciplinary project, involving experts in meteoritics and astronomers, has not only the opportunity to create new synergies between different institutions and laboratories, but it also provides a chance to involve the general public in the search for the meteorite falls – a perfect case of “citizen science”.

Finally, the camera can also be triggered by other non-meteor related "events" that will cross its field of view, but the plan is definitely not to look for UFO sightings.
[1] *Large fragments of the seven Austrian meteorites are on display in the Meteorite Hall in a dedicated showcase, including, for example, two fragments of the oldest Austrian meteorite fall that took place in Mauerkirchen (Upper Austria) on the 20th of November 1768. They are part of the world-famous meteorite display – the world’s largest – at the Natural History Museum Vienna.
Download all images Display of the known Austrian meteorites in the meteorite hall of the Natural History Museum Vienna.
© NHM Wien, Kurt Kracher 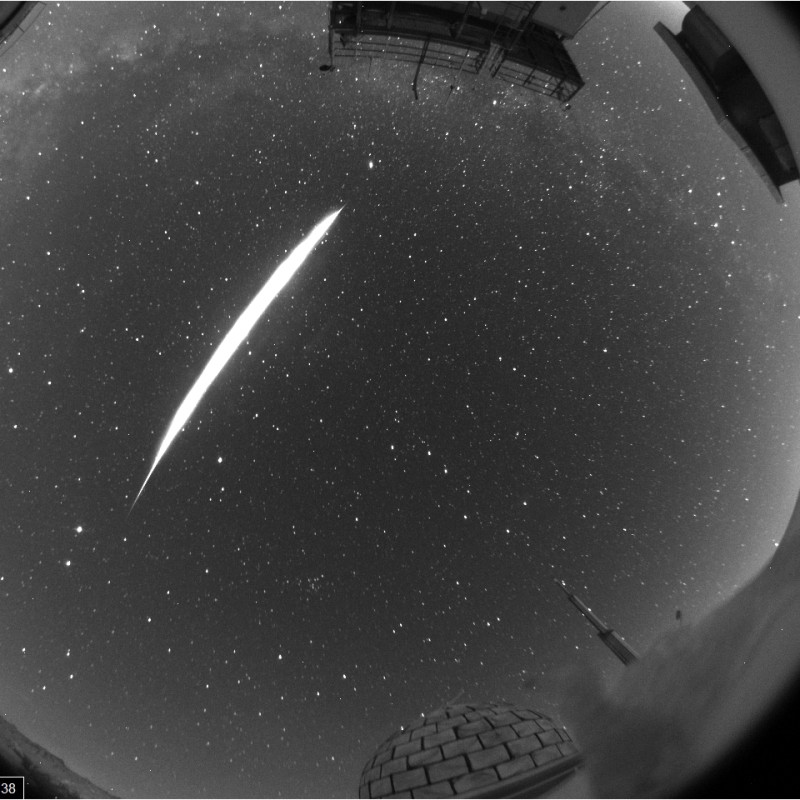 Record of a fireball with the camera from the Pic du Midi (France) using the same type of camera than the one that will be installed on the roof of the Natural History Museum Vienna.
© FRIPON - Pic du Midi 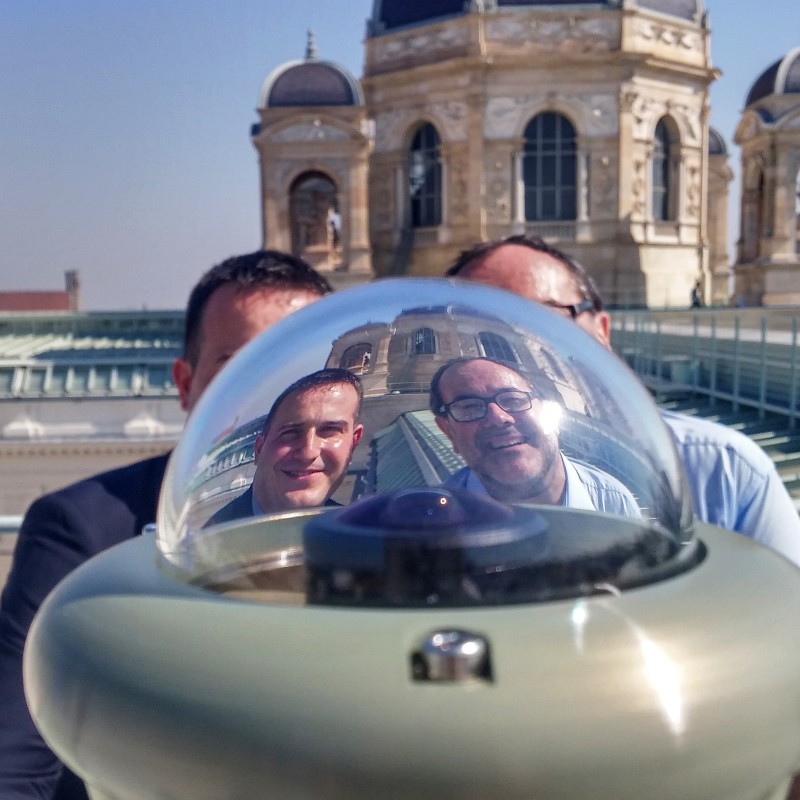