In a formal ceremony held on 14 February 2022, ancestral human remains (iwi kūpuna) from the collection of the Natural History Museum Vienna (NHM) were returned to a delegation from the Office of Hawaiian Affairs (OHA).
The ceremonial repatriation of two human skulls was attended by Mrs. Brandy Kalehua Kamohalii Caceres, Mr. Norman Christopher Moore Kaleilani Caceres and Mr. Edward Halealoha Ayau as representatives of the Office of Hawaiian Affairs and the Hui Iwi Kuamo'o delegation. The delegation was received by Vice Chancellor Mag. Werner Kogler representing the Federal Republic of Austria, by U.S. Ambassador Dr. Victoria Reggie Kennedy representing the United States of America, and by Director General Dr. Katrin Vohland and the anthropologist Prof. Dr. Sabine Eggers of the Natural History Museum Vienna. After a Hawaiian prayer (pule) and speeches by the representatives, the official handover protocol was signed in the premises of the museum.

Incorporated into the collection of the NHM Vienna in the 19th century, the ancestral remains from Hawaii (iwi kūpuna) are the skulls of a man and a woman. Extensive interdisciplinary provenance research on the origin of the skulls indicates that they were looted from graves against the will of the indigenous Hawaiian community. The NHM Vienna presented these conclusions of the provenance research, which was jointly conducted by Prof. Dr. Sabine Eggers and Dr. Margit Berner (Anthropological Department of the NHM Vienna) as well as Edward Ayau (Office of Hawaiian Affairs) and Prof. Dr. Paul Turnbull (University of Tasmania, Australia). According to the research, both iwi kūpuna were acquired by the English geologist and trader William Lowthian Green (1819-1894), who looted burial sites on the island of O'ahu around 1850. They were probably acquired by the Austrian physician and craniologist Augustin Weisbach (1837-1914) via the English physician Joseph Barnard Davis (1800-1881). Parts of Weisbach’s collection were handed over to the NHM Vienna at that time.
On the basis of the research opinion and with reference to international ethical standards, including in particular Article 12 of the United Nations Declaration on the Rights of Indigenous Peoples, the Republic of Austria decided to comply with the request of the Office of Hawaiian Affairs for repatriation of these two iwi kūpuna.

The repatriation of human remains is intended to recognise the ethical and moral injustice caused by the reckless collection practices of past centuries. It used to be common practice to remove the remains of indigenous relatives from the country in disregard of the religious beliefs of the indigenous population, study them in terms of natural and cultural science, and often put them on public display. The repatriation of human remains from museum collections aims at rehumanising them and thus restoring the dignity of the deceased individual.

“It was important for this provenance research to be jointly conducted by the scientists from Hawaii and Austria,” says Director General Dr. Katrin Vohland of the NHM Vienna. “In this particular case, the facts are very clear and there is a well-organised community ready to receive the skulls. We clearly see how important it is to undertake interdisciplinary and international research on provenance that provides insights not only into natural history and history but also into cultural studies.”

"We need to take the damages done with our connections to colonial history seriously and take responsibility for the interweavings still existing today. This is why we want to apologize sincerely and to start the dialogue. As vice chancellor of the Republic of Austria, I want to express my deepest regret to our guests from Hawaii. My regret that a wrong was committed against their ancestors. My regret that the graves of their ancestors were desecrated. My regret that their rest was disturbed. I apologize that the disturbance of their rest has remained until this day", says Vice-Chancellor Mag. Werner Kogler.

"The processing of colonialism is an important, cultural-political topic for the Austrian government. Thus, it is the commandment of the hour to take responsibility for our past. This is why we installed a committee of experts that will develop guidelines for the right and respectful handling of these questions. With that in mind the efforts of Austria to adress requests of repatriation of human remains properly and to execute these actual restitutions in an adequate scenery have to be taken seriously. Also, I want to express my deepest regret to the representatives of the Office of Hawaiian Affairs", emphasises State Secretary for Arts and Culture Mag. Andrea Mayer.

“Hui Iwi Kuamo'o is honoured to accompany our iwi kūpuna on their journey home to Hawai'i. We appreciate the humanitarian efforts of the Natural History Museum Vienna in today's repatriation of our beloved ancestors. This is the way. The way of Aloha,” says Edward Halealoha Ayau for the delegation of the Office of Hawaiian Affairs.

US Ambassador Dr. Victoria Reggie Kennedy emphasises: “The United States government supports the efforts of Native Hawaiians to repatriate their ancestors. We deeply appreciate that Austria recognizes the importance of these issues.”

Today’s repatriation took place in the context of a wide-ranging initiative by the Office of Hawaiian Affairs and Hawaiian cultural practitioners to return ancestral human remains from international collections. The delegation is led by Edward Halealoha Ayau, former board member of Hui Mālama I Nā Kūpuna O Hawai'i Nei (an organisation dedicated to the appropriate treatment of ancestral Native Hawaiians), who has been involved in the repatriation of iwi kūpuna (ancestral remains), moepū (funerary objects), and mea kapu (sacred objects) for more than 30 years and is now working for OHA on international repatriations in an honorary capacity. During its trip to Europe, the delegation is collecting remains that were stolen from Hawaii in the 19th century from four institutions in Germany and from the NHM Vienna for repatriation.

According to the NHM Vienna anthropologist Prof. Dr. Sabine Eggers, “the repatriation of these iwi kūpuna is a step towards rehumanisation and a more harmonious and balanced relationship between people, peoples and countries. It is not only an obligation and a responsibility – it is also an honour.”

In its “Colonial Acquisition Context” (KolText) project, the Natural History Museum Vienna is exploring colonial contexts. Supported by the Austrian Federal Ministry of Arts, Culture, Public Service and Sport, the project (duration: 2021-2022) aims at an in-house stock-taking and the compilation of an overview of archival and source data for investigating colonial provenances in the collections of the NHM Vienna, with a special focus on the anthropological collections and the Archive for the History of Science. The wealth of material requires the focus of the investigations to be on the period from the founding of the museum to the end of the Austro-Hungarian monarchy in 1918. The overarching goal is to develop an adequate research strategy and to concretise the definitions of a “colonial acquisition context” as regards the collections of a natural history museum.
At the national level, Austria has set up an international and interdisciplinary committee to develop guidelines for dealing with objects from colonial contexts held in the collections of national museums and for responding to restitution claims. NHM Vienna Director General Dr. Katrin Vohland is a member of this new committee. 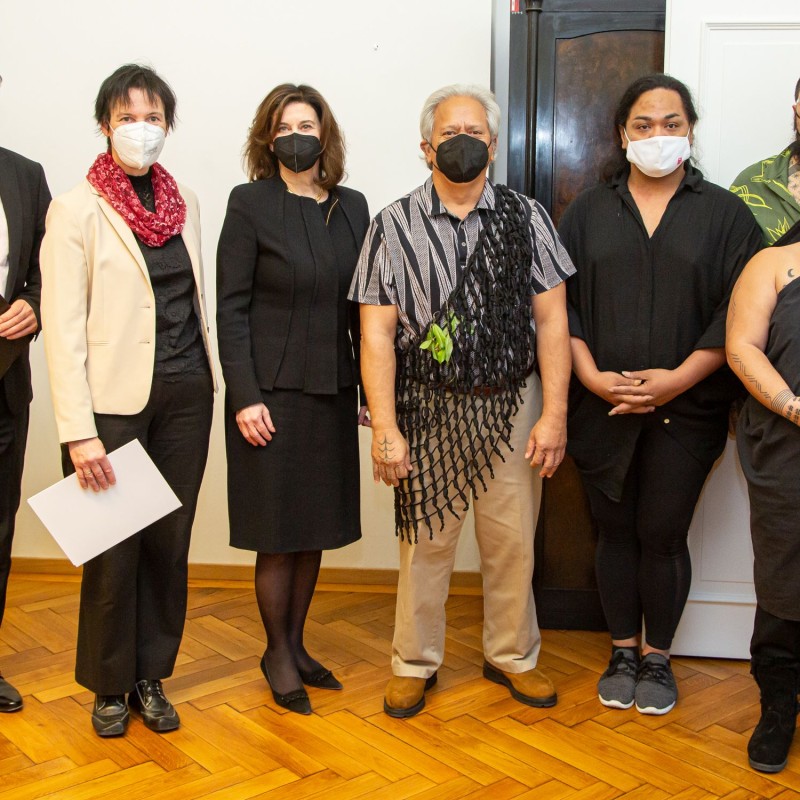 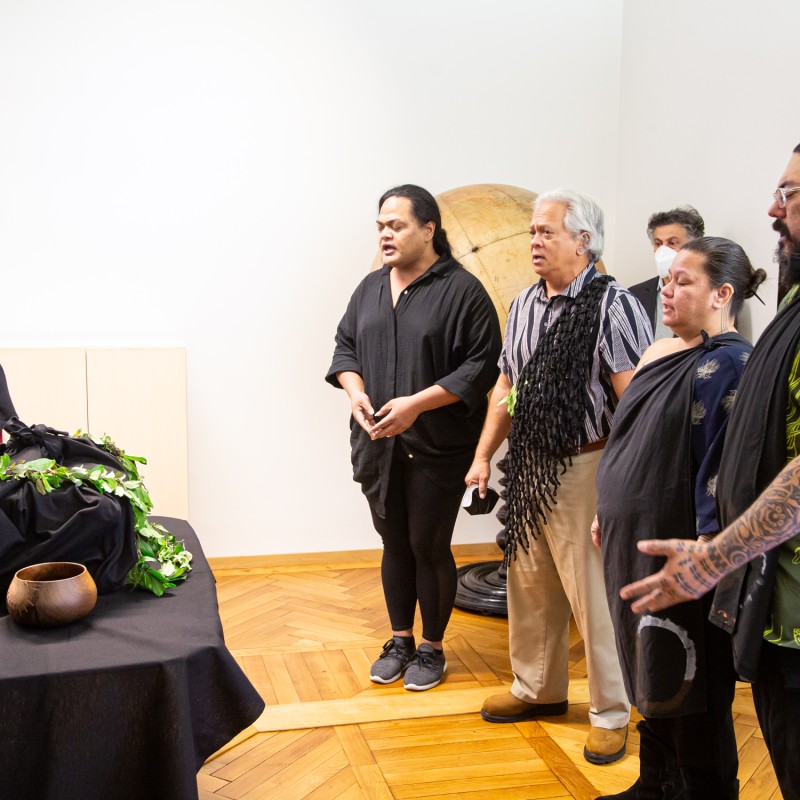 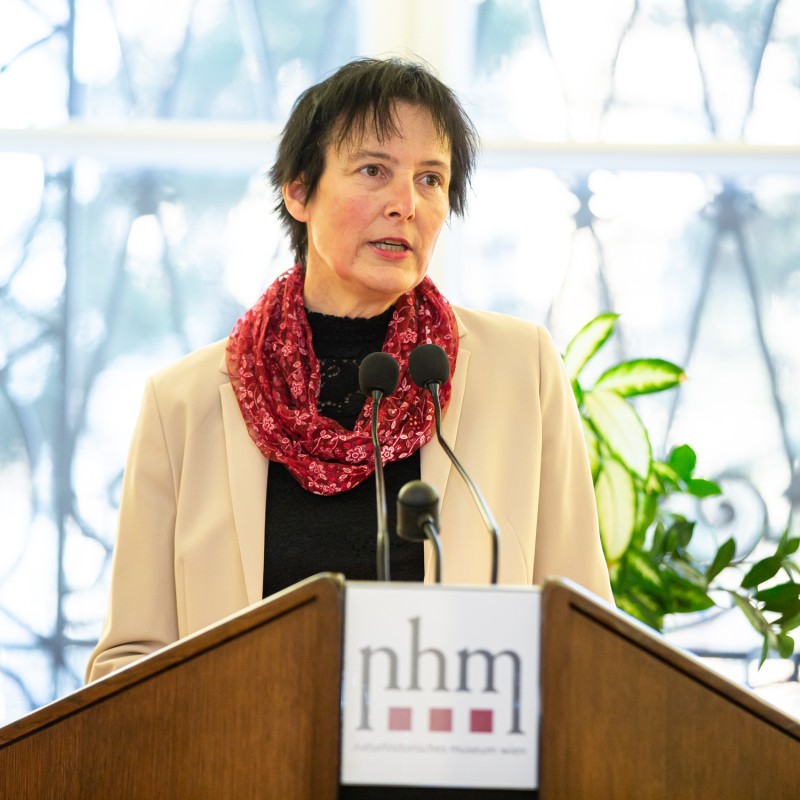 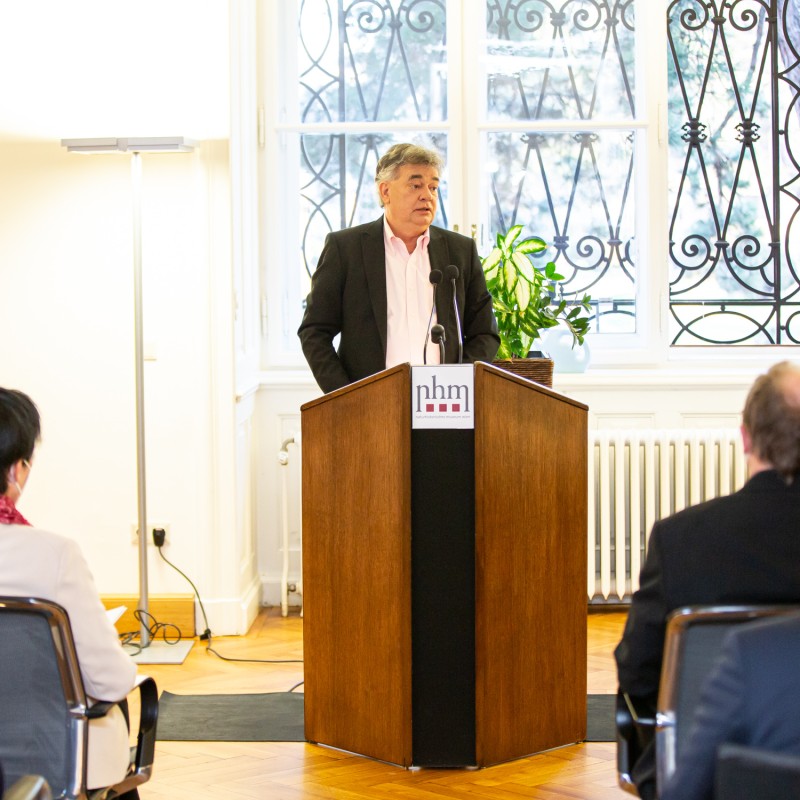 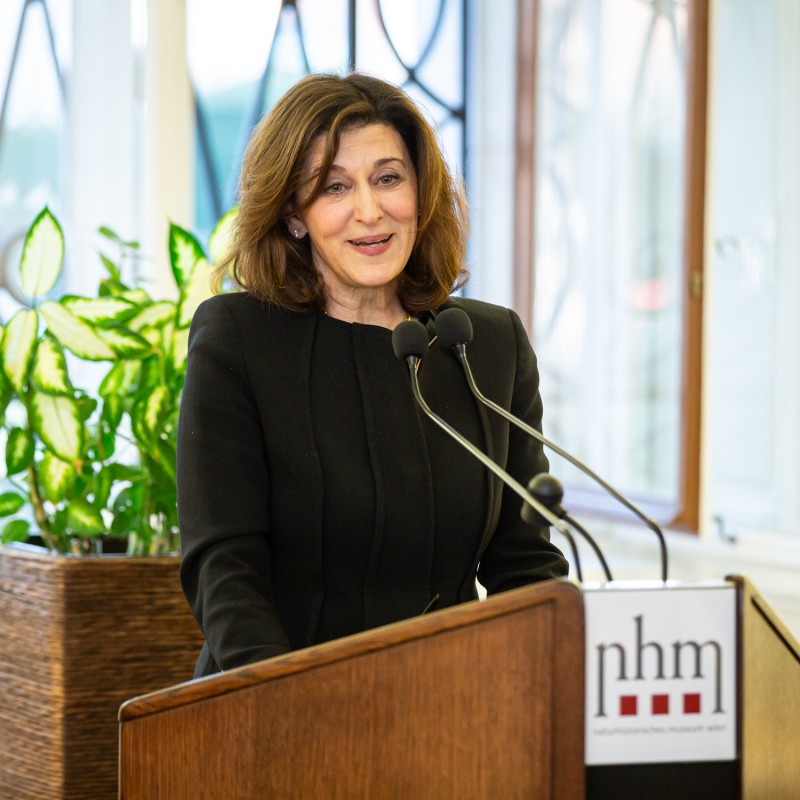 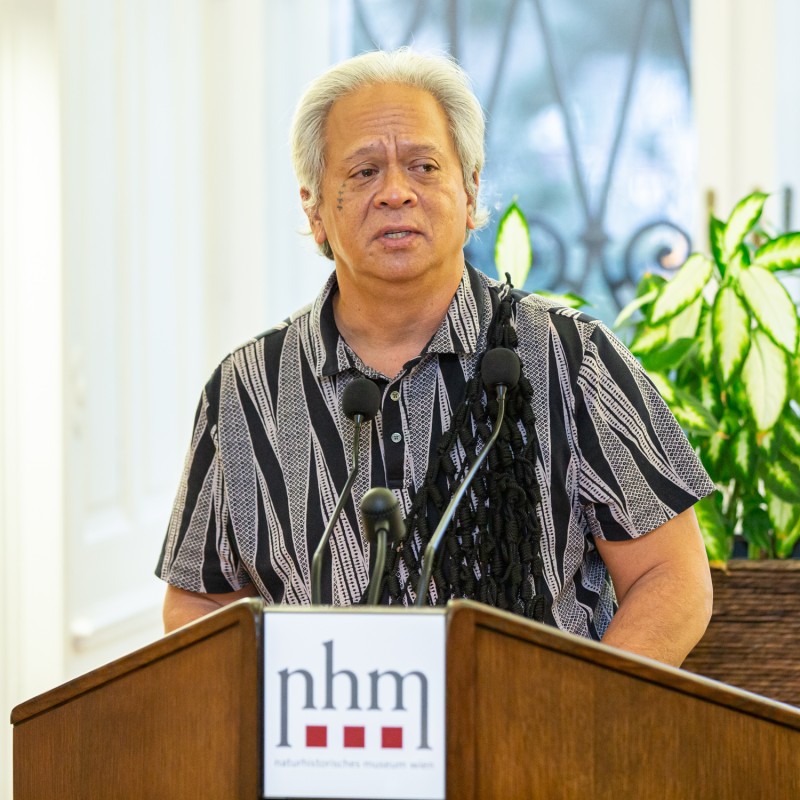 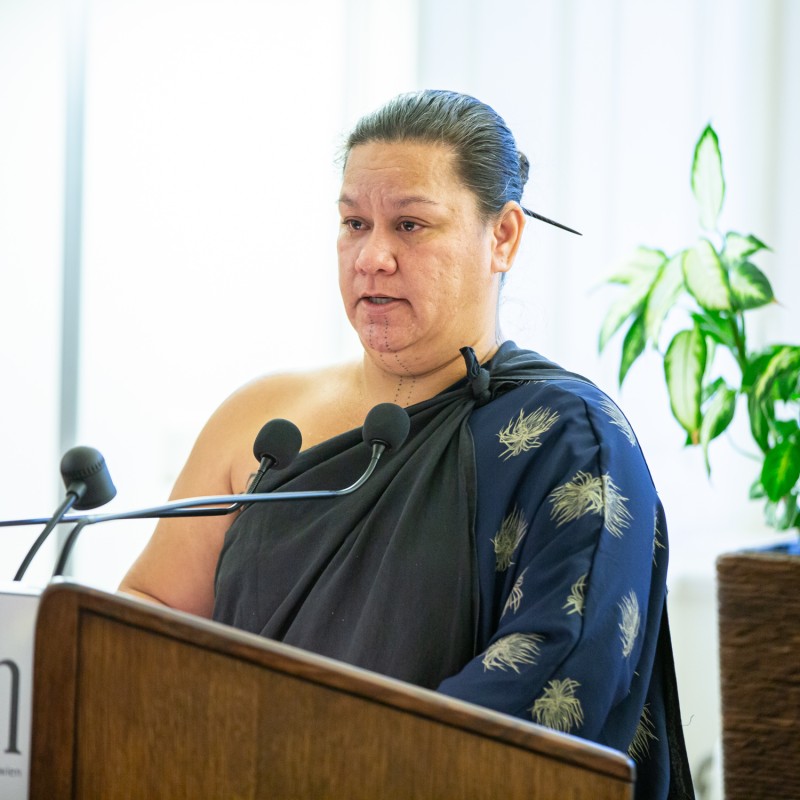 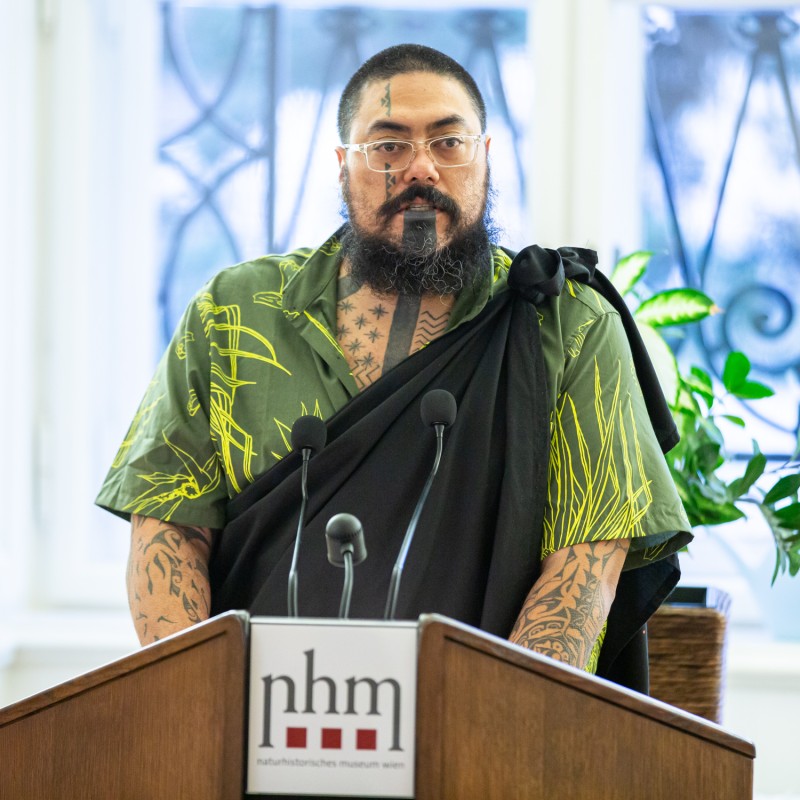