ASTEROID DAY TO CELEBRATE SIXTH YEAR WITH EVENTS IN LUXEMBOURG AND AROUND THE GLOBE, LEADING UP TO 30 JUNE, 2020

LUXEMBOURG (12 February 2020) -- Asteroid Day, the official United Nations’ day of global awareness and education about asteroids, will celebrate its sixth year on 30 June.

Asteroid Day was co-founded by astrophysicist and famed musician Dr. Brian May of the rock group QUEEN; Apollo 9 Astronaut Rusty Schweickart; Filmmaker Grig Richters; and B612 President Danica Remy, to promote awareness and provide knowledge to the general public about the importance of asteroids in our solar system history, and the role they play in our solar system today. Events are scheduled leading up to 30 June, the date of the largest asteroid impact of Earth in recorded history (Tunguska).

Asteroid Day has evolved to include the participation of major national space agencies, ESA,  JAXA, Roscosmos, ISRO and NASA, and prominent scientists, astronomers, educators and media worldwide. In 2016, the United Nations declared Asteroid Day an official day of education, initiated in part by a need to better understand the role of asteroids, following the 15 February 2013 meteor impact in Chelyabinsk, Russia.

“Asteroid Day was created to encourage the public and governments to learn more about asteroids,  the origin of our Solar System, and to support the resources necessary to find and deflect asteroids ” explains Dr. Brian May.  Through the Luxembourg Space Agency, which leads the SpaceResources.lu initiative that has been instrumental in the expansion of Asteroid Day, Marc Serres, CEO of the Luxembourg Space Agency states “Luxembourg is proud to be the global headquarters for Asteroid Day and to aid in inspiring countries around the world to participate in this United Nations Day of education and awareness.”

“SES has been supporting Asteroid Day for several years, and we are proud to once again join efforts with other partners on this campaign to enable raising awareness about asteroids and space,” said Ruy Pinto, Chief Technology Officer at SES. “Building expertise around topics like these certainly benefits current and future generations, contributing to a better understanding of the universe we live in.  We look forward to broadcasting this story to everyone this year!”

“On Asteroid Day, we share the latest information on the search for near-Earth asteroids that might pose a threat to our planet, and discuss the space technologies we might apply together to help prevent a cosmic disaster. I’m especially interested in the joint NASA-ESA programs DART and HERA to demonstrate how we can deflect a near-Earth object.” shared Dr. Tom Jones, NASA astronaut, Association of Space Explorers. “Asteroid Day rightly demands that asteroids must be discovered since they pose a risk to our planet from time to time. The combination of NASA’s deflection mission DART and ESA’s mission HERA allows us to find out how asteroid deflection works and, at the same time, learn a more about these celestial bodies. I am proud that OHB is the designated industrial prime for the HERA mission.” says OHB’s Marc Scheper, Head of Space Transportation, Robotic Missions and Exploration.

Asteroid Day 2020 events will take place on all five continents and are in the process of being organized by local organizations, a small sample include:


Highlights of independently organized events in 2019  can be found here. To learn how to organize an Asteroid Day event reference the  Event Organizers Toolkit here.

Asteroid Day 2020 themes range from the science of asteroids in the formation of our solar system to discussions of new space industries accelerating technologies to advance space-based activities.  Activities will highlight current missions advancing efforts develop greater detection, tracking and deflection techniques: DART and HERA the first demonstration of a kinetic impact technique to change the motion of an asteroid in space; (NASA/ESA); and two study and sample return missions: Hayabusa 2, (JAXA); and OSIRIX REx (NASA) along with the new NEO-Mapp project.

Asteroid Day TV returns in 2020, with an expanded 24 hour a day programing over 30 days of original content and commentary from international experts, astronauts/cosmonauts, scientists, physicists, educators, and government officials and special guests who serve as Asteroid Day ambassadors. Asteroid Day TV guide schedule will be published in May.

Asteroid Day LIVE, which debuted in 2017 is the only general public global conversation about asteroids. It is produced by Asteroid Foundation and broadcast from Broadcasting Center Europe (BCE) at RTL City in Luxembourg.  LIVE guests will be announced in May.

Asteroid Day LIVE and Asteroid Day TV will be distributed via a dedicated satellite, available on local channels subscribing to the SES satellite network, and via the Asteroid Day website. For 2017, 2018 and 2019 LIVE programs, see: www.youtube.com/user/asteroidday/featured

Incoming! is the #1 recommended asteroid education video for students and teachers.  This beautifully produced CAS video takes the viewer on a journey to understand asteroids role in the formation of our solar system and much more. The Scientists Rock series about asteroids directed by Grig Richters and is narrated by Neil deGrasse Tyson and includes interviews with UK Astronomer Royal Lord Martin Rees, Dr. Brian May, Peter Gabriel, and scores of astronauts and asteroid experts. More educational videos can be found here.

About Asteroid Day:
Asteroid Day was co-founded in 2014, by Dr. Brian May, astrophysicist and lead guitarist for the rock band QUEEN, Danica Remy, B612 President, Apollo astronaut Rusty Schweickart, andFilmmaker Grig Richters. Asteroid Day is held on 30 June each year to mark the date of Earth’s largest asteroid impact in recorded history, the Siberia Tunguska event. In 2016, with the support and leadership of the Association of Space Explorers (ASE), the United Nations declared Asteroid Day to be a global day of education to raise awareness and promote knowledge in the general public about asteroids. Major events in past years have taken place in London, San Francisco, Washington, DC, Tanzania, Milan and Rimini, Italy, Garching, Germany, Santiago, Chile, and Rio de Janiero, Brazil, in addition to thousands of events worldwide.

Join in the Asteroid Day conversation on Social Media!

A Media Kit, including quotes, photos, video, and BROLL, is available in the Asteroid Day Newsroom.  Photos from 2019 Asteroid Day Luxembourg activities are available. 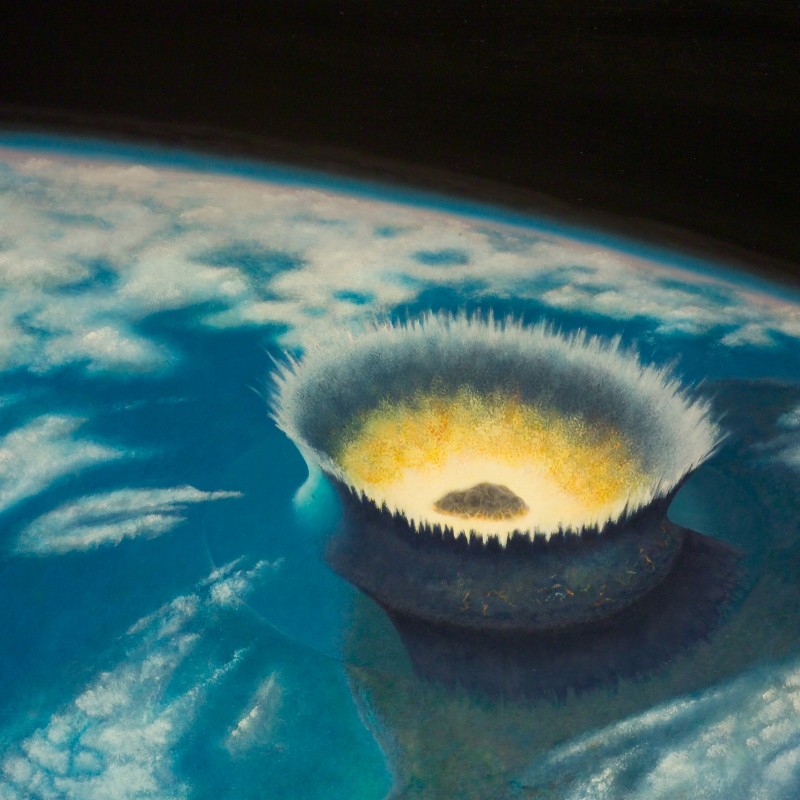