The Natural History Museum (NHM) Vienna presents a new exhibition at the Fossilienwelt Weinviertel (Stetten, Lower Austria). Designed by the NHM Vienna’s Geology & Palaeontology Department, the special exhibition “Ice Age Animals - the World of Woolly Rhinos and Cave Lions” runs from 2 April to 31 October 2022.
While popular imagination pictures the world of the last ice age – from 115,000 to 11,700 years ago – to consist of white, snow-covered landscapes, modern research has revealed a markedly different picture. In the summer, the mammoth steppe turned green, its lush herbs feeding huge herds of mammoths, while winds swept over the treeless steppe and whirled up dust. The dust turned to loess, which is still a characteristic element of the Weinviertel countryside. Buried deep beneath the mighty layers of drifting sand, the teeth and bones from an extinct animal world are still waiting to be discovered. At the Fossilienwelt Weinviertel, a theme park devoted to fossils, the Natural History Museum Vienna now puts on show iconic ice age animals in three display cases, including the cave lion, cave bear, steppe bison, giant deer and woolly rhinoceros.

“The mammoth hunting site of Ruppersthal am Wagram is a unique site in Austria. This is where 21,500 years ago, a group of hunters put up camp and cut up mammoth carcasses with flint blades, carelessly scattering the bones,” says PD Dr. Mathias Harzhauser, head of the Department of Geology & Paleontology at the NHM Vienna.
Back in 1970, the Natural History Museum uncovered the site on an area of 100 square metres and was able to retrieve the bones. A newly prepared section of the original context of the mammoth hunters’ site is now on display for the first time.

The highlight of this special exhibition was uncovered in 2016 during motorway construction near Bullendorf in the Weinviertel: the 3-metre-long tusks of a mammoth bull. As they were broken into numerous pieces, the tusks had to be prepared for months before the individual parts could be glued back together and missing parts could be reconstructed. Their good state of preservation and the extensive scientific documentation makes the two magnificent tusks one of the most important mammoth finds in Austria.

Presented in three display cases, the special exhibition will be shown at the Fossilienwelt Weinviertel from 2 April to 31 October 2022. 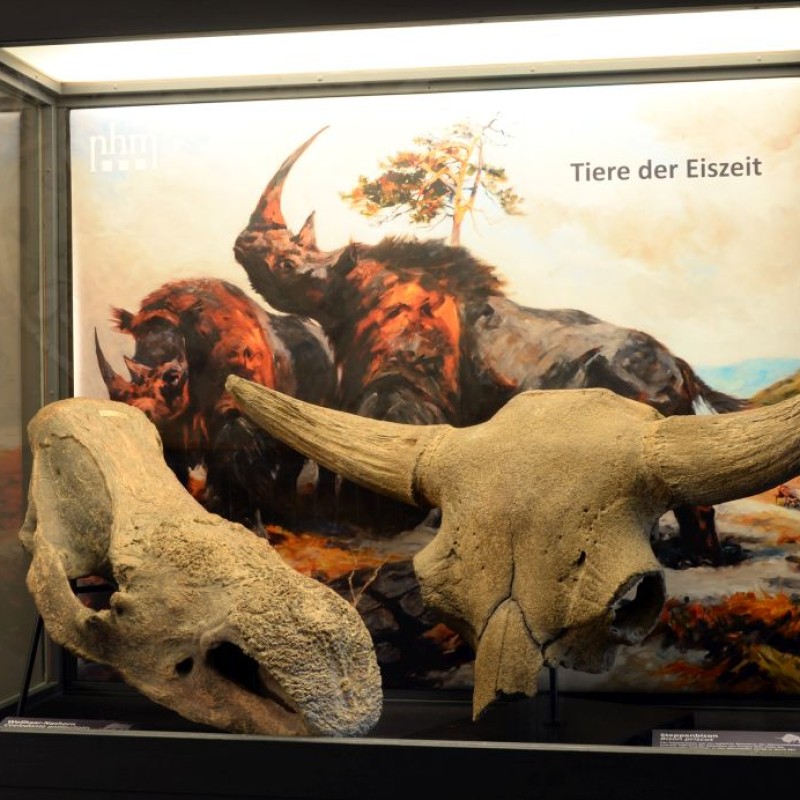 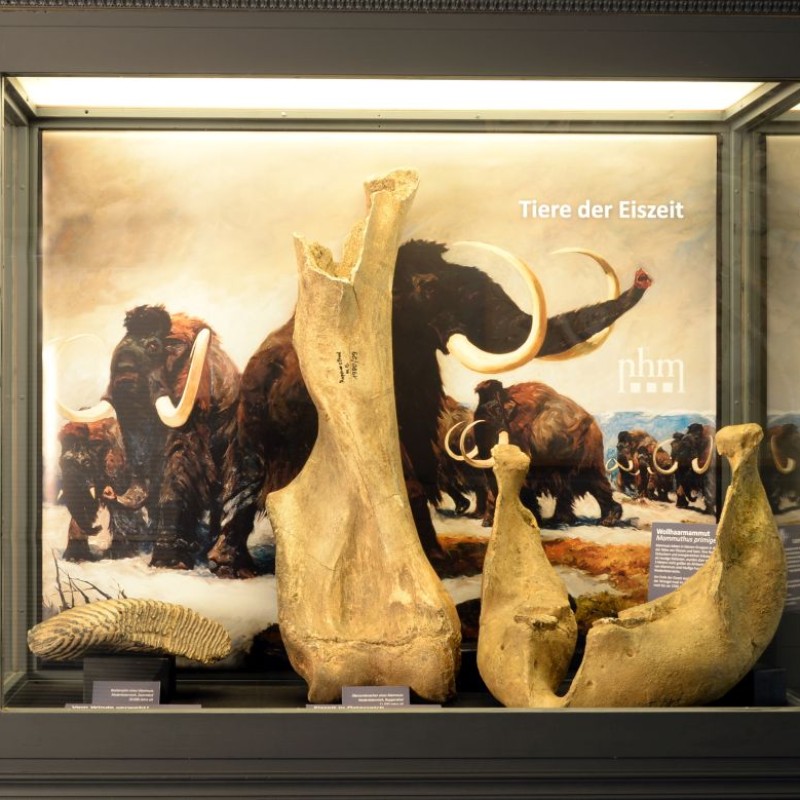 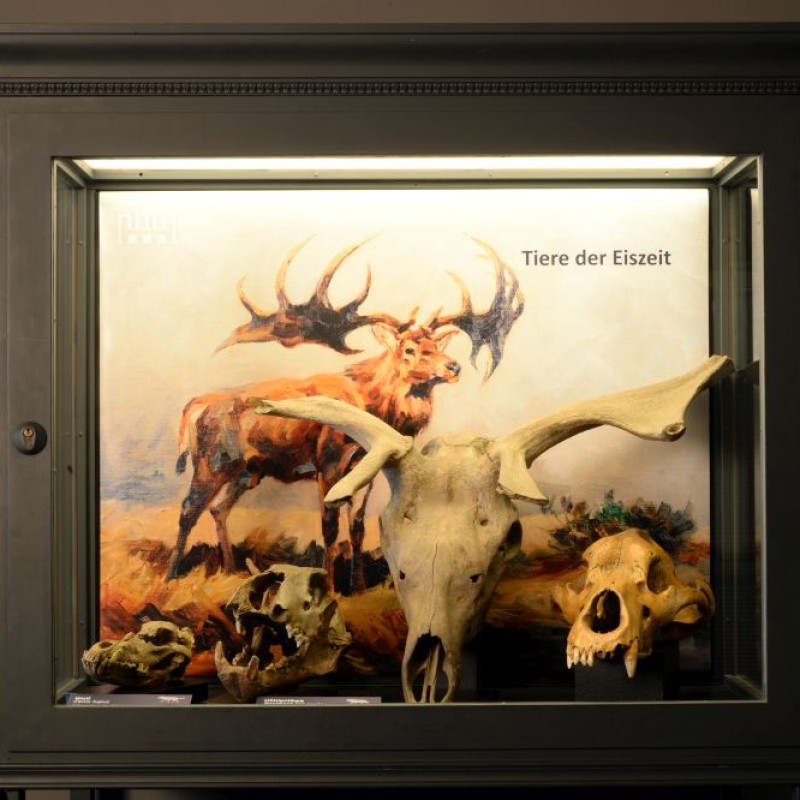 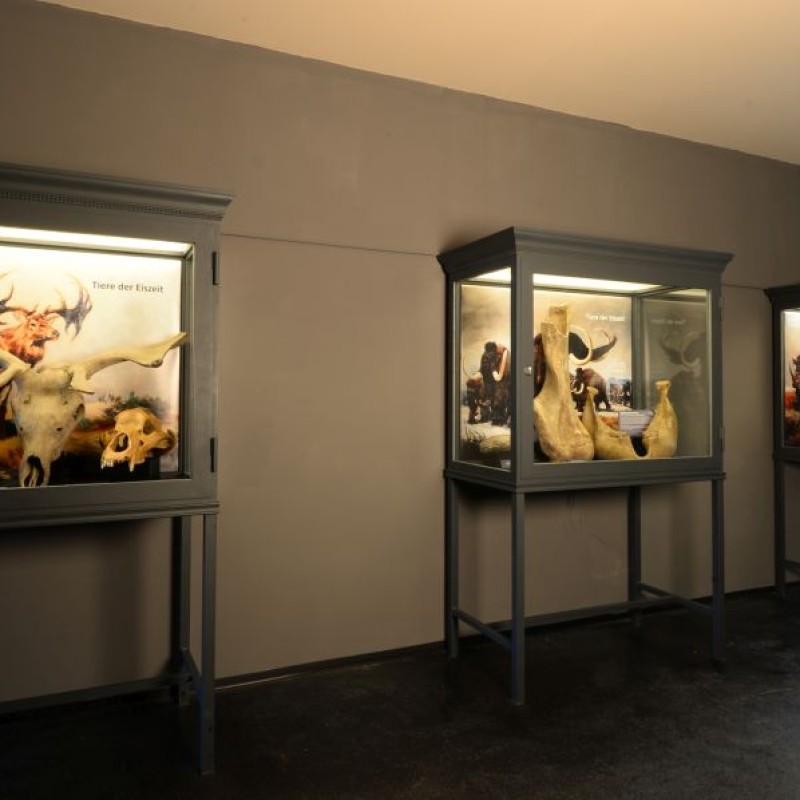 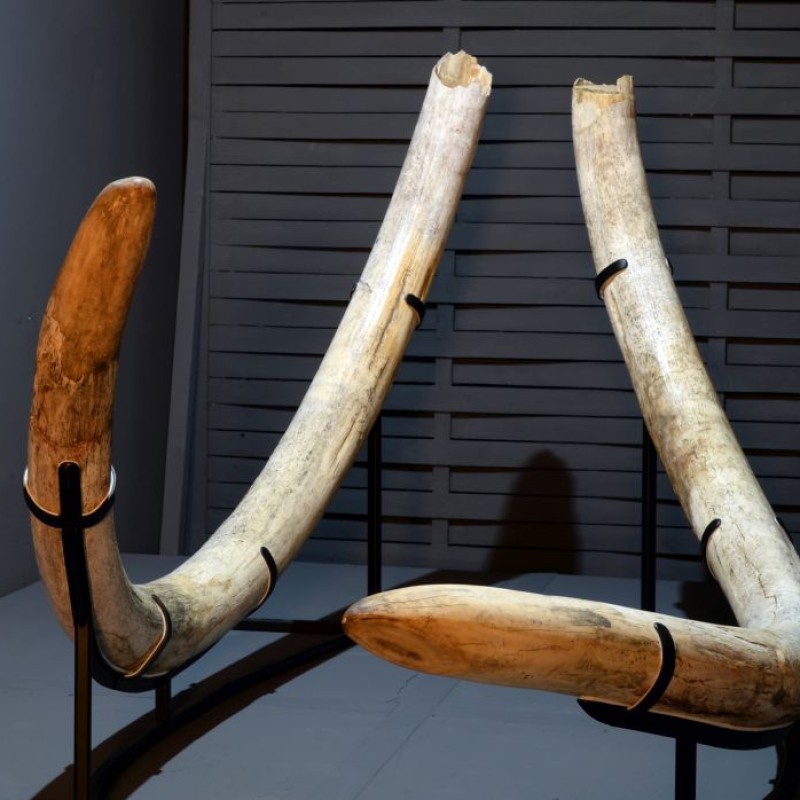 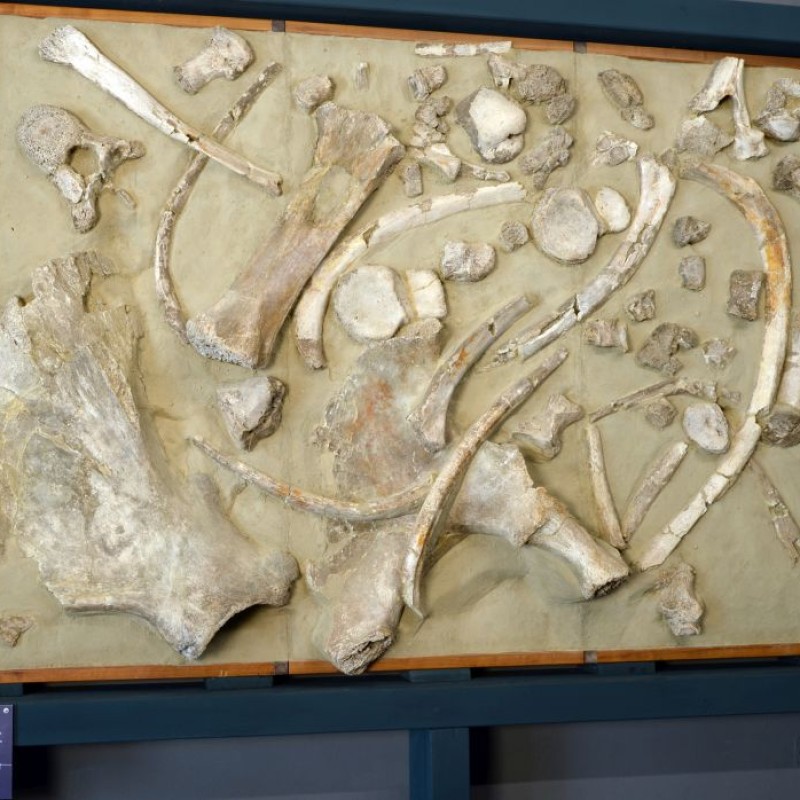