For the first time, the Natural History Museum (NHM) Vienna is organising the annual City Nature Challenge (CNC) in Vienna, a friendly contest between cities competing against each other. Between 29 April and 2 May 2022, all people in Vienna are invited to get out into the great outdoors equipped with their smartphones to document the wealth of species found in the Austrian capital!
Held for the first time in 2016 as a citizen-science competition between Los Angeles and San Francisco, the City Nature Challenge is now organised worldwide every year. This is the third time that Vienna is taking part, and for the first time the Natural History Museum Vienna has taken on the task of organising it. In this context, the NHM Vienna will present and represent the CNC Vienna to the outside world, offer its taxonomic expertise for the identification of the organisms documented and summarise the results. The aim is to observe and document as many wild animals, plants and fungi as possible in the city, as well as to explore the biodiversity found in a big city such as Vienna and to heighten common and individual awareness and knowledge of biodiversity.

The City Nature Challenge Vienna 2022 will be organised via the www.inaturalist.org platform. The programme is available as an app for download to the phone and it can also be accessed through the website.

Observing nature: how can you join in?

The www.inaturalist.org platform presents photos from all over Austria and the world over and invites users to help identify the species documented.

A total of 12 Austrian cities and regions are taking part this year: Vienna, St. Pölten, Linz, Graz, Salzburg, Klagenfurt, Innsbruck, Krems and the Wachau, Waidhofen an der Ybbs, Neusiedler Marchfeld, Nationalpark Gesäuse. The City Nature Challenge constitutes a bridge between science and society, but also between different regions of the world.

The data collected are an important contribution to science and the conservation of species! 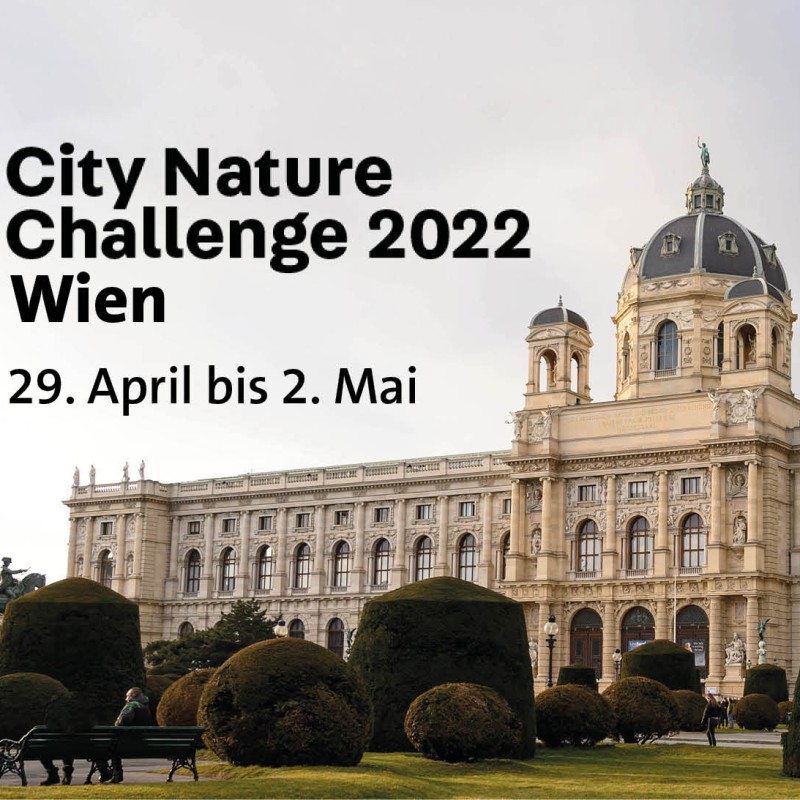