Supervolcanoes
Duration: 24 minutes / appropriate for children from 12 years and over / German version spoken by Frank Hoffmann
74,000 years ago the Toba volcano on the island of Sumatra erupted, causing an enormous plateau in the region to collapse. This eruption is still considered the largest to have occurred in the last 25 million years. Yet, as huge as this event was, Planet Earth has witnessed even bigger eruptions in its history: 250 million years ago a volcano in modern-day Siberia erupted for one million years non-stop. This show looks back at the now-rare phenomenon of volcanic eruptions, whose energy is nevertheless always present just below the Earth’s surface.

Dynamic Earth
Duration: 24 minutes / appropriate for children aged 12 years and over / German version spoken by Cornelius Obonya
Using satellite images and modern computer simulation techniques, this film investigates the processes behind climatic changes on Planet Earth by following the energy of the sun through the interconnected systems which dictate our climate: the atmosphere, the oceans, and the biosphere. Visitors can look forward to a journey that will take them over churning seas, through a hurricane, into the heart of a bubbling volcano, and even face to face with sharks and wales.

Fragile Planet
Duration: 26 minutes / appropriate for children aged 12 years and over / German version spoken by Chris Pichler
This film takes a look at the unique regions on Planet Earth from an astronaut’s perspective. A search for signs of extraterrestrial life then takes visitors on a journey to the Moon, Mars and through the Milky Way. Topics include biodiversity, sustainability, and the importance of protecting Planet Earth – the only known planet that is home to life.


Cosmic Catastrophes
Duration: 25 minutes / appropriate for children aged 12 years and over / German version spoken by Peter Matic
This show gives breathtaking insights into the phenomenal forces and extraordinary energies in space that hold together our universe. Visitors can experience comets, asteroids and meteorites speeding through space, stars exploding, and an impending collision between an asteroid and Planet Earth.

Partial eclipse of the sun & new live show: “Off to the stars – a journey through the night”
March and April of this year will see a number of exciting astronomical events taking place in the night sky. Our new live show provides plenty of information about these interesting phenomena. We will visit the dwarf planet Ceres on board the American space probe Dawn. NASA’s space probe New Horizons, which after a nine-year journey is now approaching Pluto and its moon Charon, will send us first pictures from this former planet furthest from Earth. The partial eclipse of the sun, visible in Vienna on 20 March 2015, will also be visualized and explained in the Digital Planetarium. At around 9:38 a.m. the top right part of the sun will begin to be covered by the Moon, which then moves past the sun in a process taking one and a half hours before exiting at 11:58 a.m. Weather permitting, the Vienna Special Interest Group for Astronomy will be holding an observation session at the Maria-Theresien-Platz square in front of the NHM Vienna, where telescopes and binoculars will be provided and experts will be on hand to explain the phenomenon.

The show includes visits to Mars, Jupiter, and Saturn, which will also be visible in the sky above Vienna in March and April. Besides our solar system, visitors will have the chance to explore some of the most extraordinary objects in the night sky, such as the Milky Way and the Orion Nebula.

For more details on the current program visit http://www.nhm-wien.ac.at/planetarium
Download all images 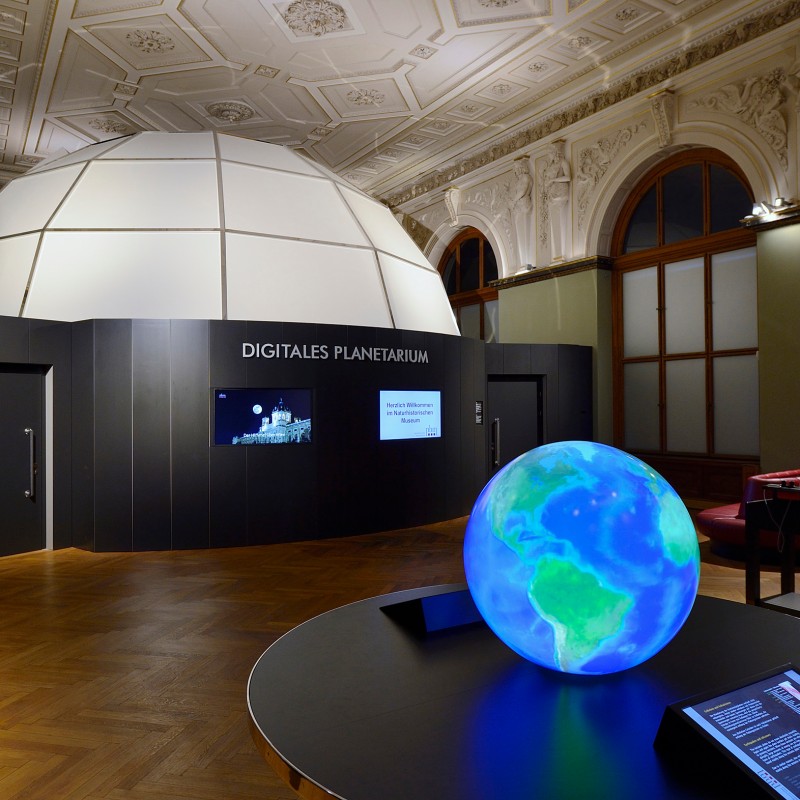 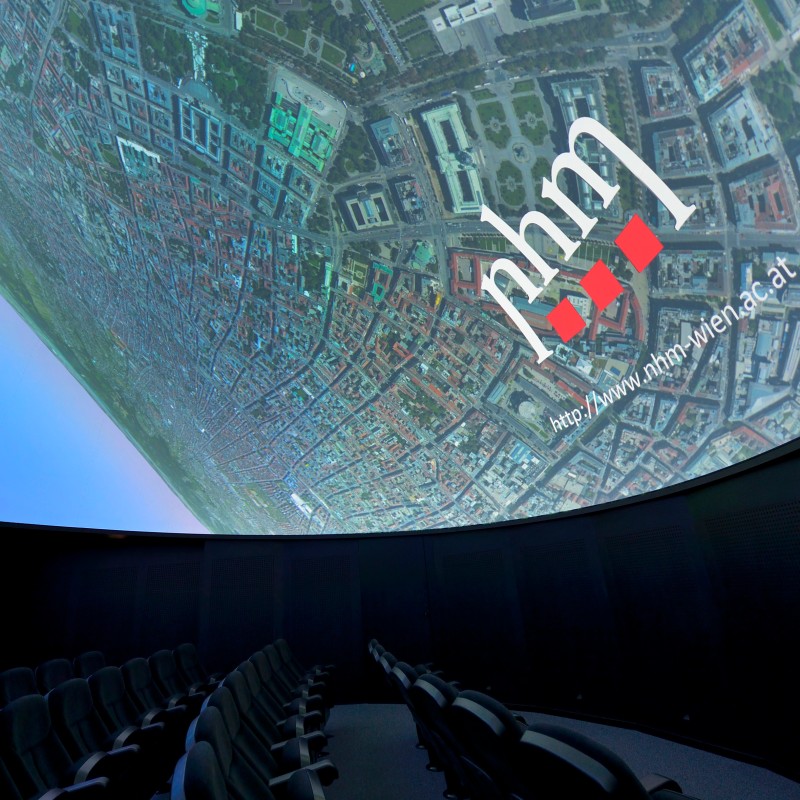 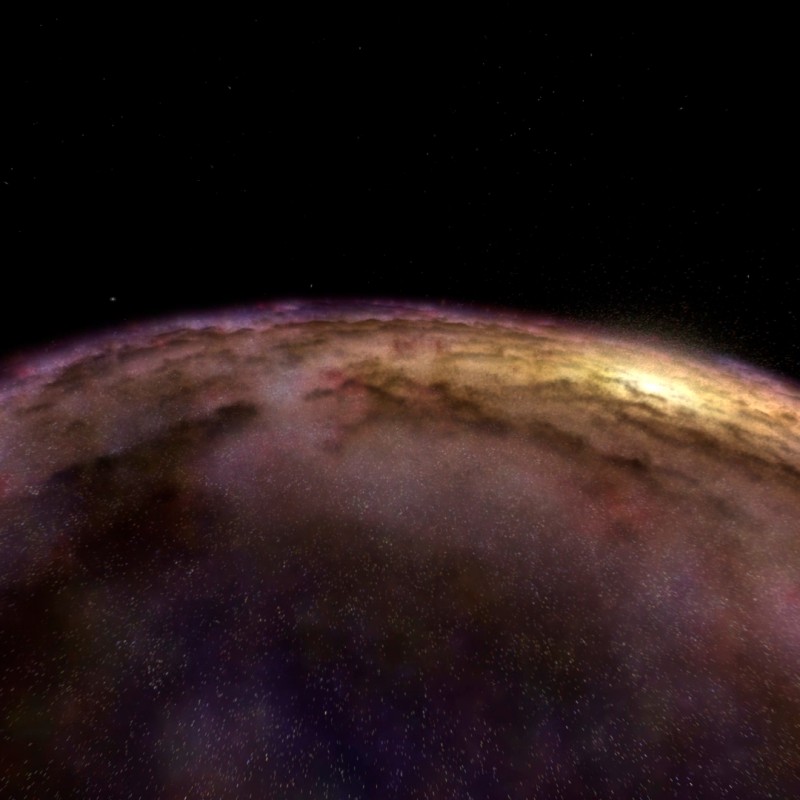 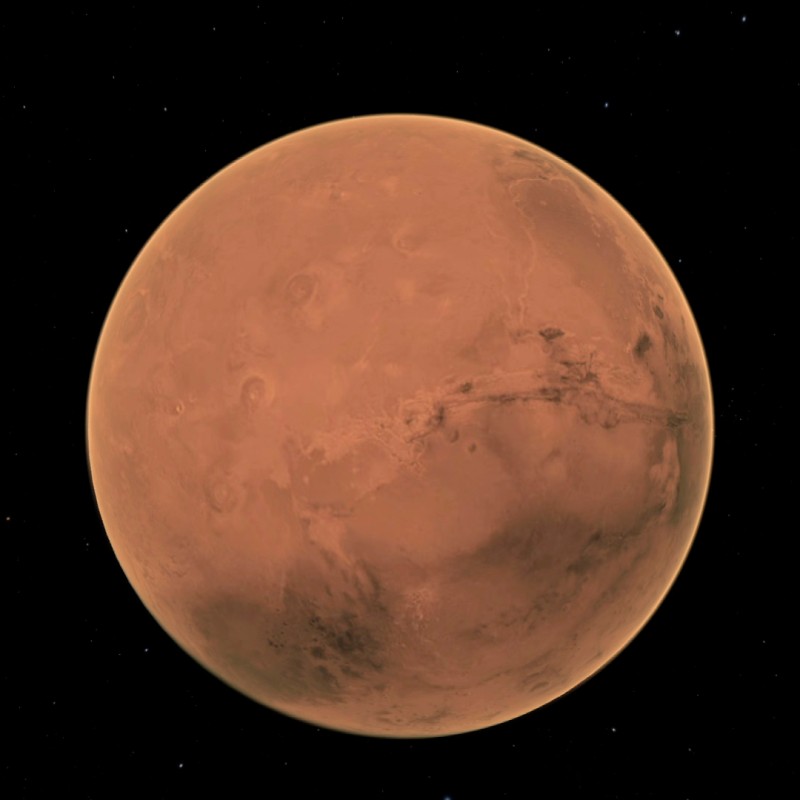