The museum in numbers

As a result, the NHM Vienna is one of the largest non-university research institutions in Austria and an important center of excellence for all matters relating to natural sciences. The museum’s 39 exhibition rooms cover 8,460 square meters and present more than 100,000 objects. With more than 841,800 visitors 2019, the NHM Vienna is one of the largest natural history museums in the world. Its team of over 300 staff members is led by Director General Christian Köberl and Vice Director Herbert Kritscher, both having held their respective positions since June 2010.
Download all images 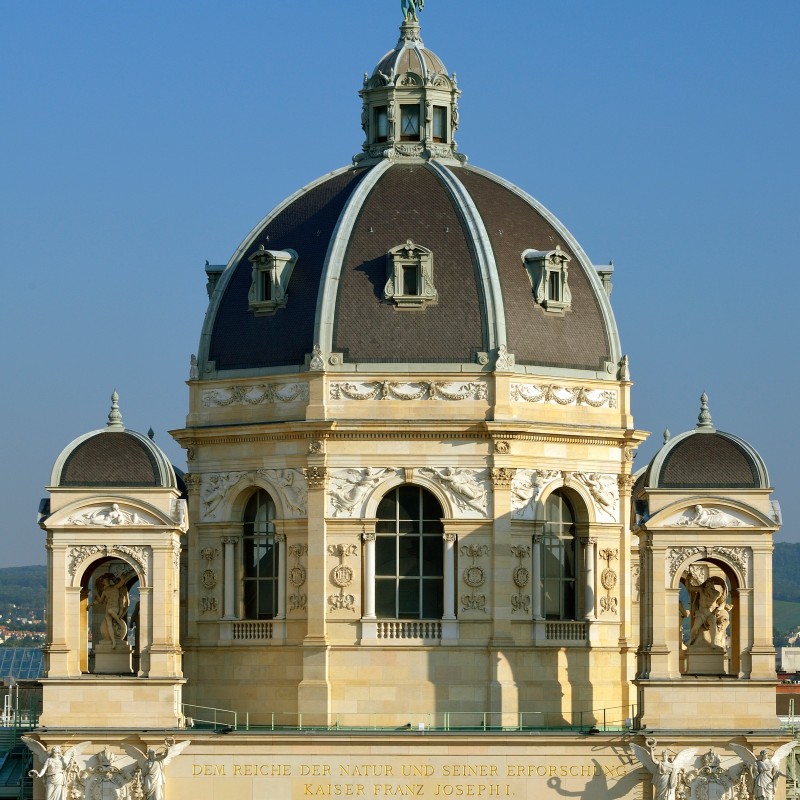