A newly designed display case on the first floor of the NHM Vienna addresses the urgent issue of species conservation, with a particular focus on reptiles. Snakes and many other reptiles are used to make leather. The animals are often caught in the wild – despite the fact that most snake species are strictly protected. This new exhibition area aims to help raise awareness about the importance of protecting these species.
Snakeskin products are often the result of a cruel process – in many cases using snakes killed illegally despite their protected status. The animals are then filled with water while still alive to make it easier to peel off their skin, before being skinned alive and suffering a slow, agonizing death.

"Reptile leather is back in fashion. Many designers today are using snakeskin for belts, bags and shoes. Over the last 15 years, several million full and partial skins have been imported into the EU for this purpose. All the snakeskin products on display in our case have been confiscated by Austrian customs or donated to the Natural History Museum Vienna," says curator Dr Silke Schweiger, head of the museum’s Herpetological Collection.

In Laos, Cambodia and Vietnam, however, the snakeskin industry continues to flourish. It is these countries which are largely responsible for the decline in the Burmese python population. Deforestation, forest fires, soil erosion, agricultural expansion and growing populations also play their part in reducing the snake’s natural habitat, which may ultimately result in it becoming extinct. Today the Burmese python is considered in need of protection, is subject to export restrictions, and is classified as an endangered species.
The newly designed display case has been on show in Hall 27 since mid-January 2021 and will be open to visitors after the end of the Covid-19 lockdown. The five-meter-long Burmese python from Java (Southeast Asia) has been part of the NHM Vienna collection since around 1900. In addition to this giant snake, the display also features countless products made of snakeskin such as stuffed cobras, wallets, trousers, shoes, and bags. Visitors are discouraged from buying products made from reptile skin – each purchase promotes cruel killing methods and violates the Endangered Species Act.

The NHM Vienna’s Herpetological Collection comprises around 220,000 exhibits preserved in alcohol as well as 6,000 dry specimens. Over the course of more than 200 years, scientists at the museum have endeavored to expand and research the collection and have written countless publications. 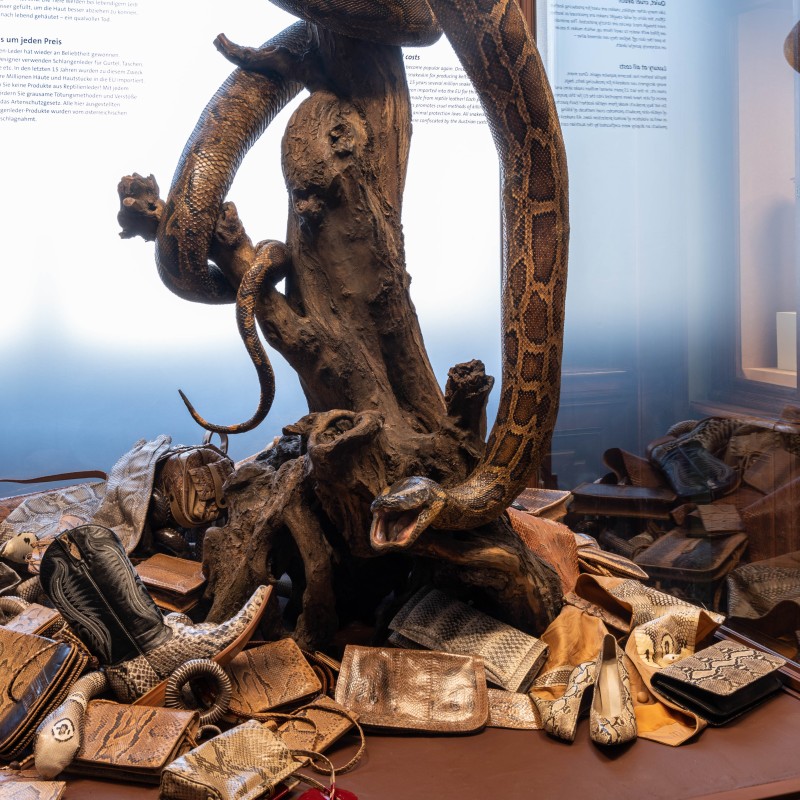 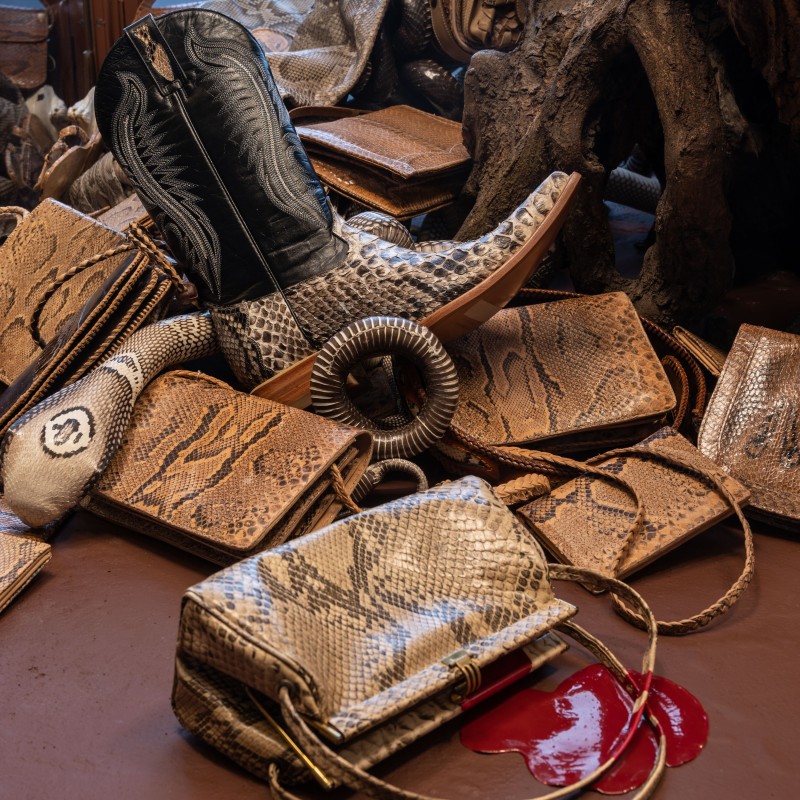 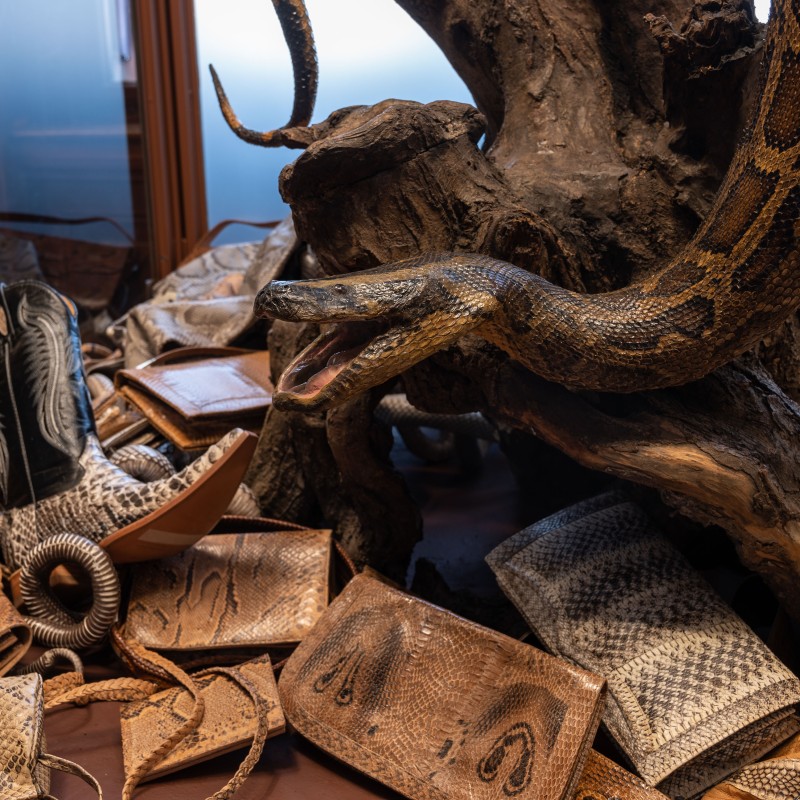