25 years ago, Hallstatt and the Dachstein region became UNESCO World Heritage Sites, but research has been carried out there for 175 years. At the NHM branch office in Hallstatt, archaeologists from the NHM Vienna, in cooperation with the Salzwelten and Salinen Austria, are investigating the prehistoric salt mine and the cultural and economic area surrounding the salt production that has been active in the region for 7,000 years.
The press trip will highlight the history of the relationship between salt, water and wood through the millennia and explain how salt made its way from Hallstatt to other areas and cities such as Vienna. On site, the weekend event "Archaeology on the Mountain" also provides insights into the latest research from various disciplines such as anthropology, archaeology, botany, wood research, music archaeology, textile archaeology, molecular biology, geology and others – followed by a special tour of the prehistoric mine.
Invitation to a two-day press trip on 16 and 17 September 2022:

The new cooperation agreement between the NHM Vienna and the HTBLA  Holzfachschule Hallstatt (a secondary technical school with a woodworking focus) will be signed on site with the aim of engaging in scientific cooperation on the (early) history, culture and research of the Hallstatt region for the benefit of the students.

The press conference will be followed by a tour of the woodworking workshops of the school (instrument making, wooden boat building, sculpture, restoration) and a demonstration of a fur boat ride on Lake Hallstatt.

There is no evening programme.
Single rooms have been booked for the overnight stay in Hallstatt.

09:30: Ascent by cable car to the Salzbergtal to reach "Archaeology on the Mountain".
Free exploration of the stations and opportunities to talk to all the scientists on site:
NHM Vienna staff scientists and their cooperation partners will present the latest results of interdisciplinary research on the oldest salt mine in the world and the burial ground.

11:00 a.m.: Special guided tour of the prehistoric mine

15:00: Return journey by coach to Vienna


We ask for binding registration for the press trip at: presse@nhm-wien.ac.at
(Attention: limited number of participants!)

2022 is a year of anniversaries: 50 years of the UNESCO World Heritage Convention, 30 years of ratification by Austria and 25 years of World Heritage in the Hallstatt-Dachstein region.
Salt has been produced in Hallstatt for 7,000 years, from the Stone Age to the present day. Salt production was only possible because all the resources of the landscape – water, timber and alpine pastures – were used intensively. The production and transport of salt have given rise to a unique industrial and cultural landscape that saw an entire region geared towards only one goal: salt. The fact that this all-encompassing production has been harmoniously embedded in the impressive mountainscape and the long history of salt were the main reasons for designating the Hallstatt - Dachstein/Salzkammergut region a UNESCO World Heritage Site.

Salt
Extracting salt in the steep, narrow and remote Salzbergtal in Hallstatt has always been associated with huge challenges which were and still are met with unique solutions – in the Bronze Age 3,000 years ago this was achieved by a customised, innovative set of tools, and today by mining methods adapted to the deposit.
Large production centres are always centres of consumption. In prehistoric times, it was possible to ensure the supply of tools, equipment and operating resources to the production site via far-reaching transalpine networks, as impressively evidenced by the burial objects from all over Europe in the prehistoric burial ground. Even today, ensuring provisioning with supplies confronts the logistics experts at Salinen Austria AG with enormous challenges.

Timber
Throughout the last millennia, the forests in the inner Salzkammergut region were under enormous pressure. In prehistoric times, most of the tools, the sources of light, the lining of the galleries and even the ropes were made of wood. From the Middle Ages onwards, wood was the raw material for the boats transporting the salt, for packaging and, most importantly, it served as energy supply for the large brew pans. Humongous quantities of firewood were needed every year to extract the salt by boiling the brine coming from the mine. In order not to overexploit the forests, Europe's first pipeline was built over 400 years ago – to transport the brine from Hallstatt to the forests around Ebensee, where a new brew pan was built. Today, the forests around Hallstatt have an additional significance – they serve as a protected forest that has to cope with the effects of climate change.
The HTBLA Hallstatt was founded in 1873 as a k.u.k. Fachschule für Holzindustrie und Marmorbearbeitung (Royal and Imperial Technical School for the Wood Industry and Marble Processing). In its 150 years of existence, it has always considered itself a provider of education and impetus with a focus on wood. The sustainable use of wood is a common thread running through all the main areas of education. Today, the HTBLA Hallstatt is an educational institution enjoying recognition throughout Austria and internationally. Its roughly 450 students are taken care of by a teaching staff of around 60.

Water
Salt has always been closely connected with water. The Alpine salt deposit developed 250 million years ago from sea water, and today the salt is mined from the mountain with the help of fresh water. The resulting brine is then transported to the evaporators. For a long time, the watercourses and lakes of the Salzkammergut were the most efficient transport route for getting the enormous quantities of firewood to the brew houses and the only way to transport the salt out of the Salzkammergut. On the waterways, the salt from Hallstatt reached Vienna and other destinations. Salztorbrücke and Salzgries in Vienna still evoke the history of salt transport today. Incidentally, most of the historic roof trusses in Vienna's city centre also reached Vienna by water (via the River Danube). 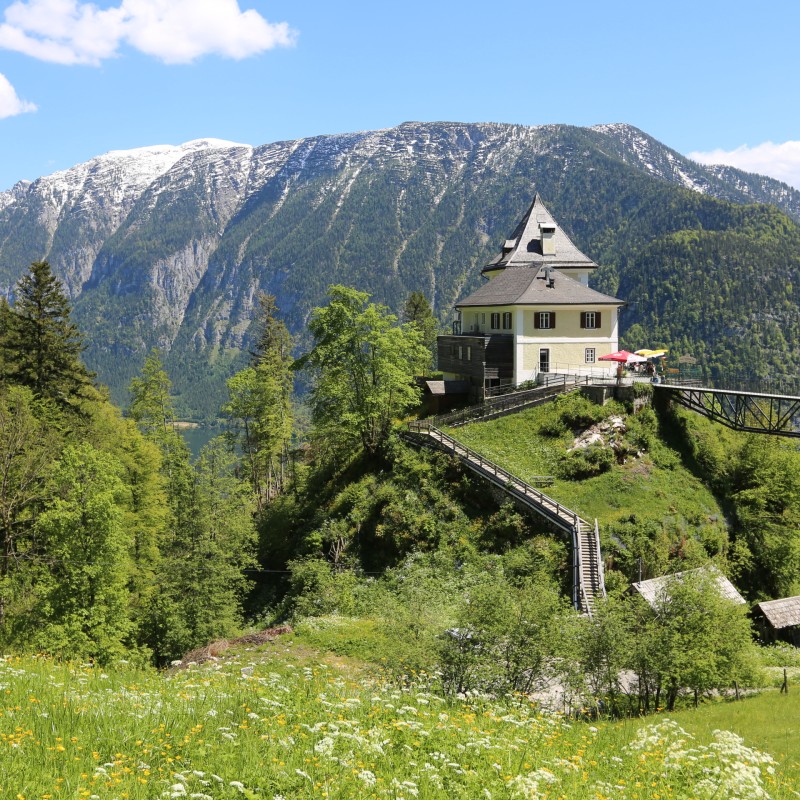 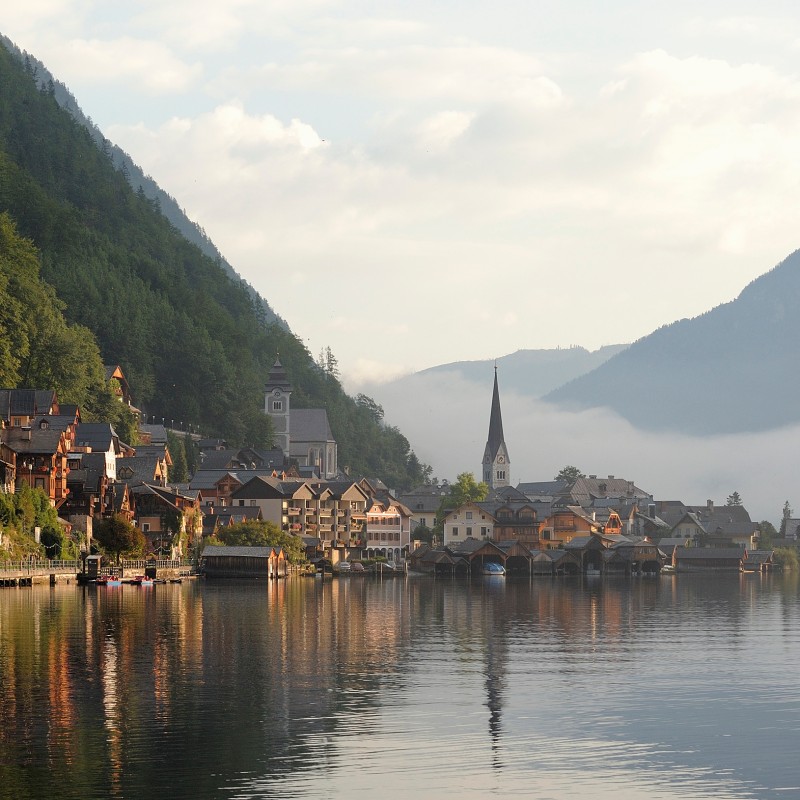 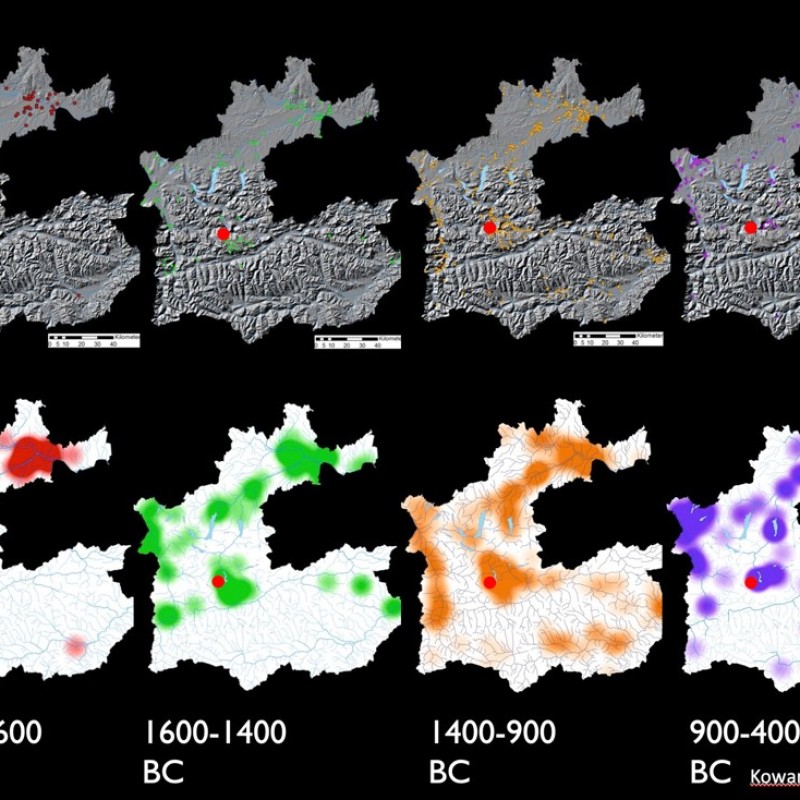 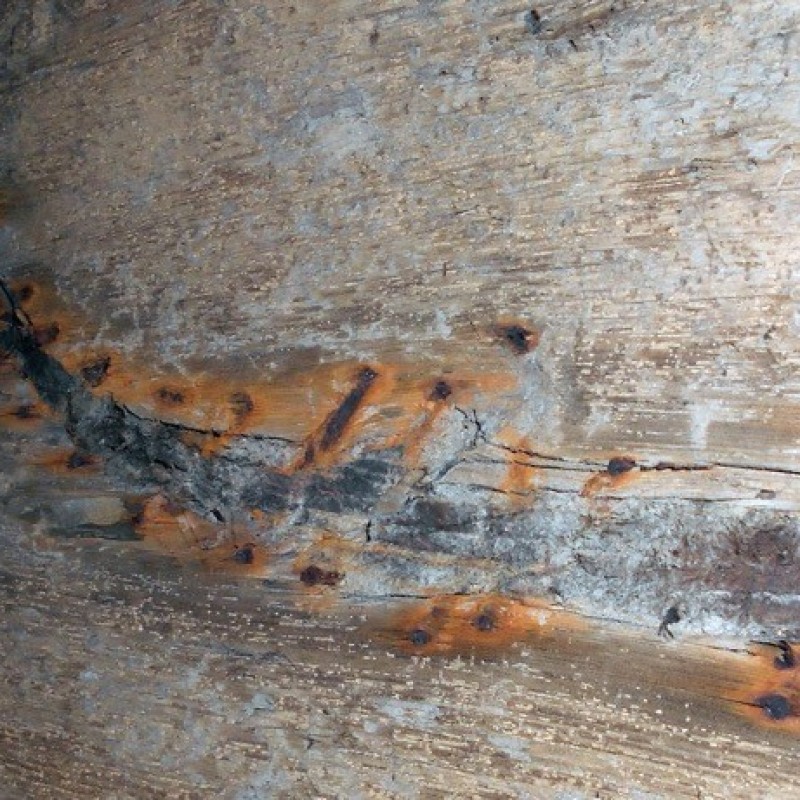 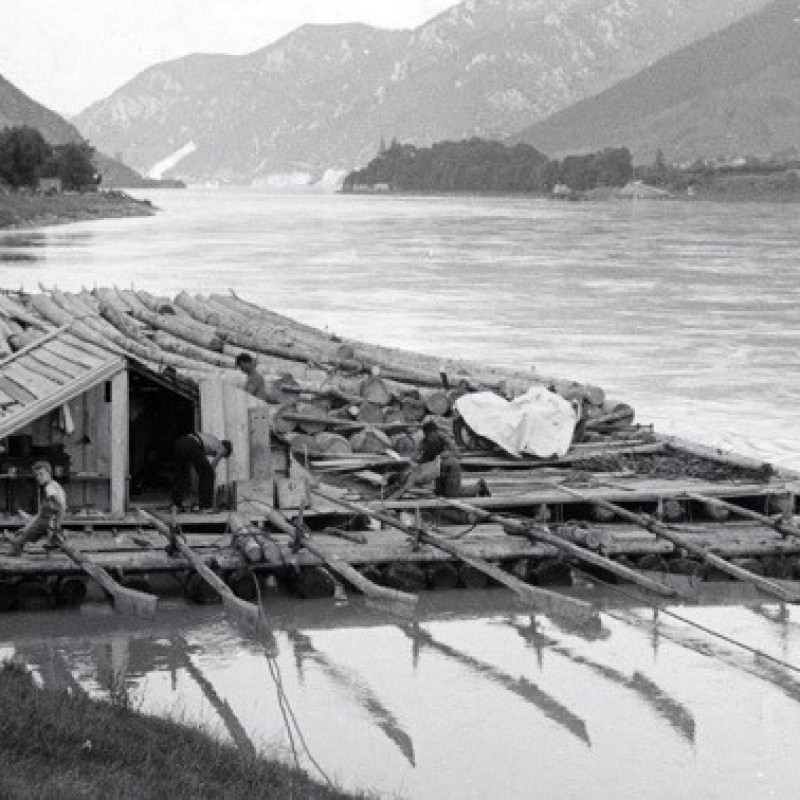 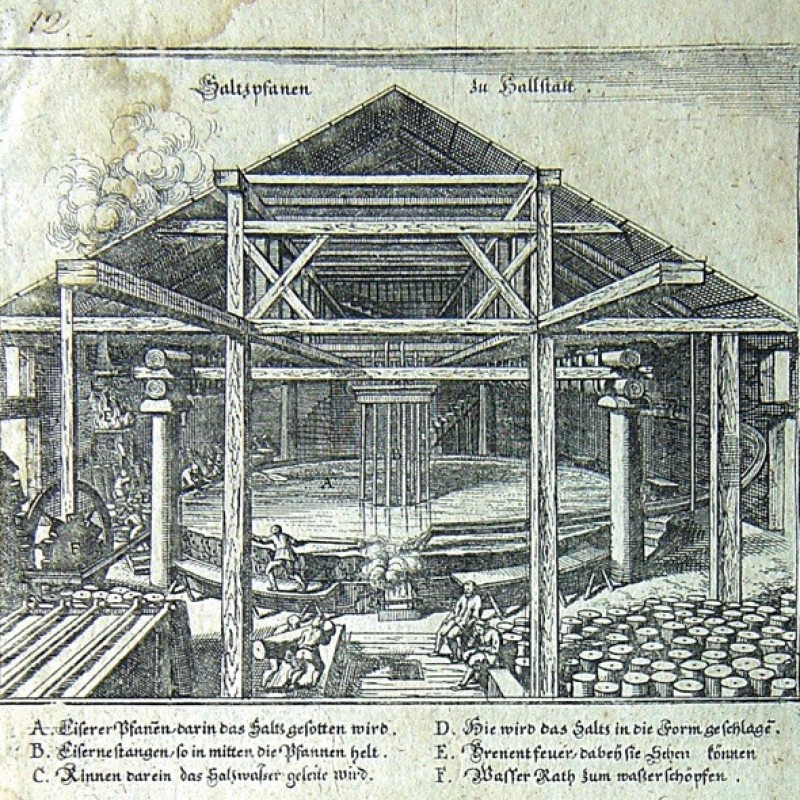 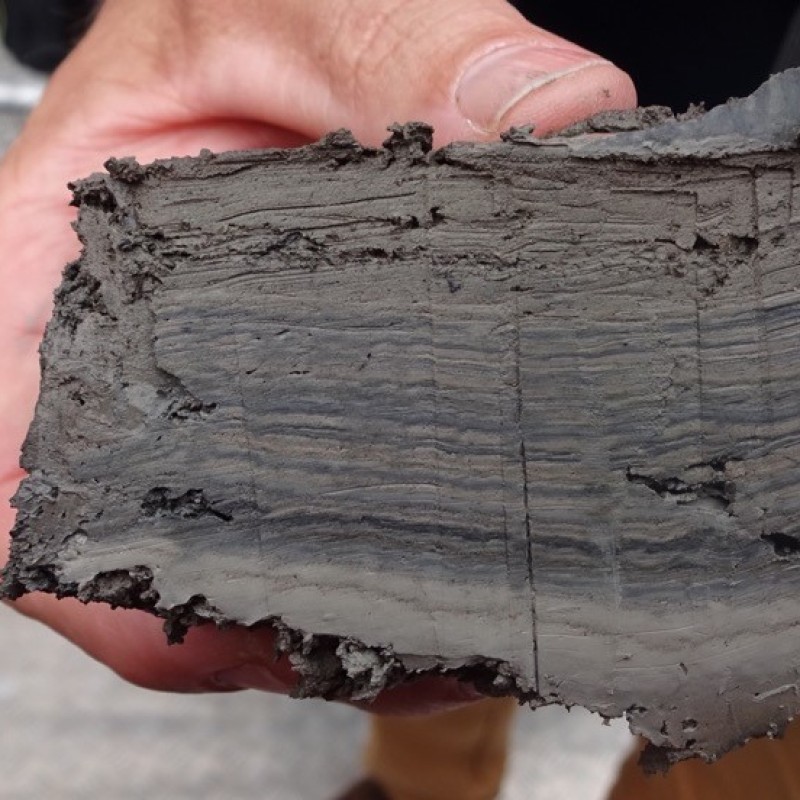 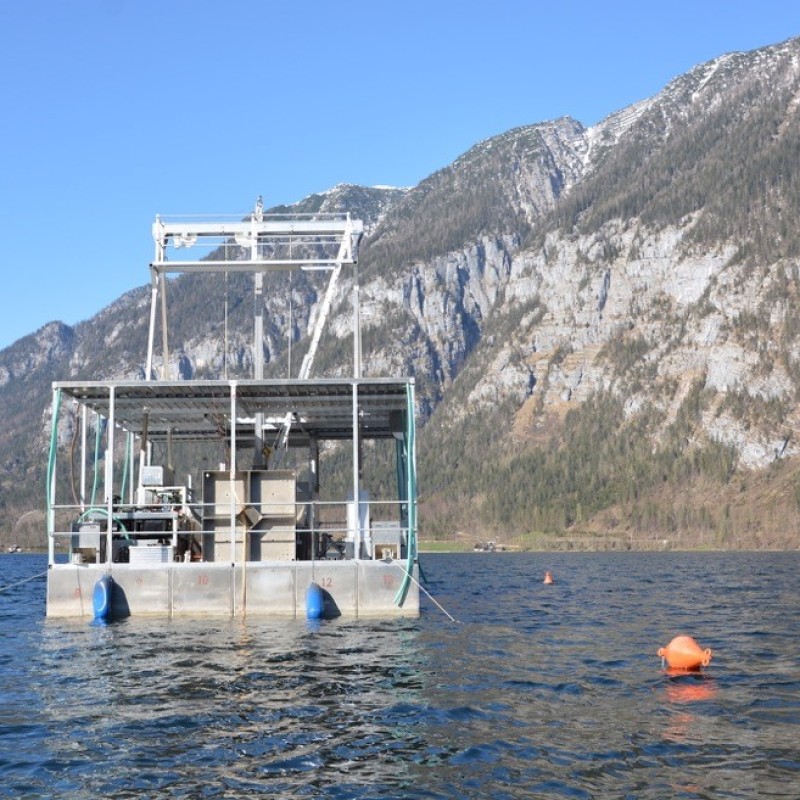 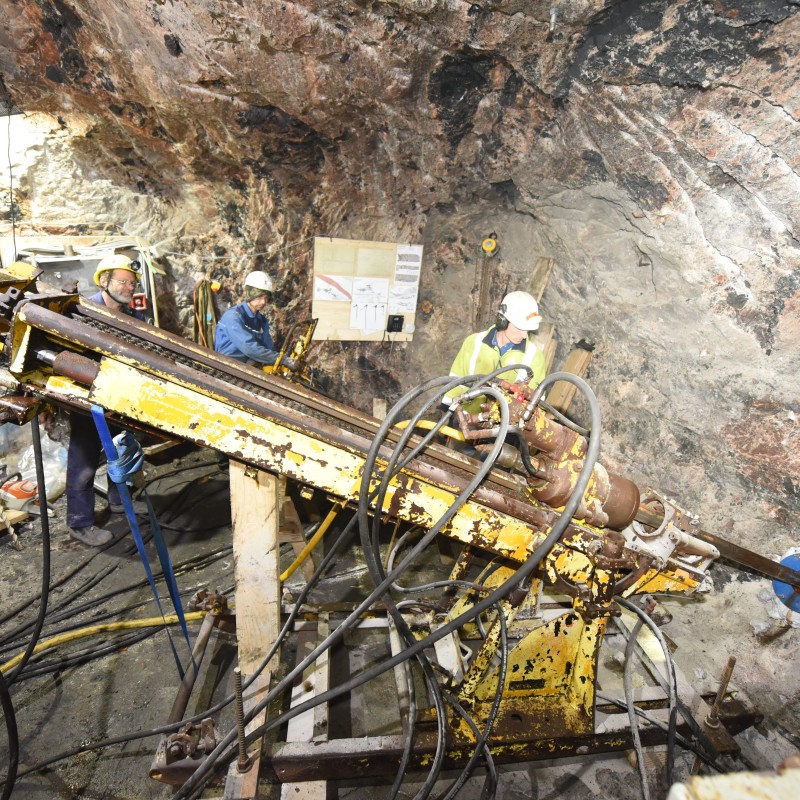 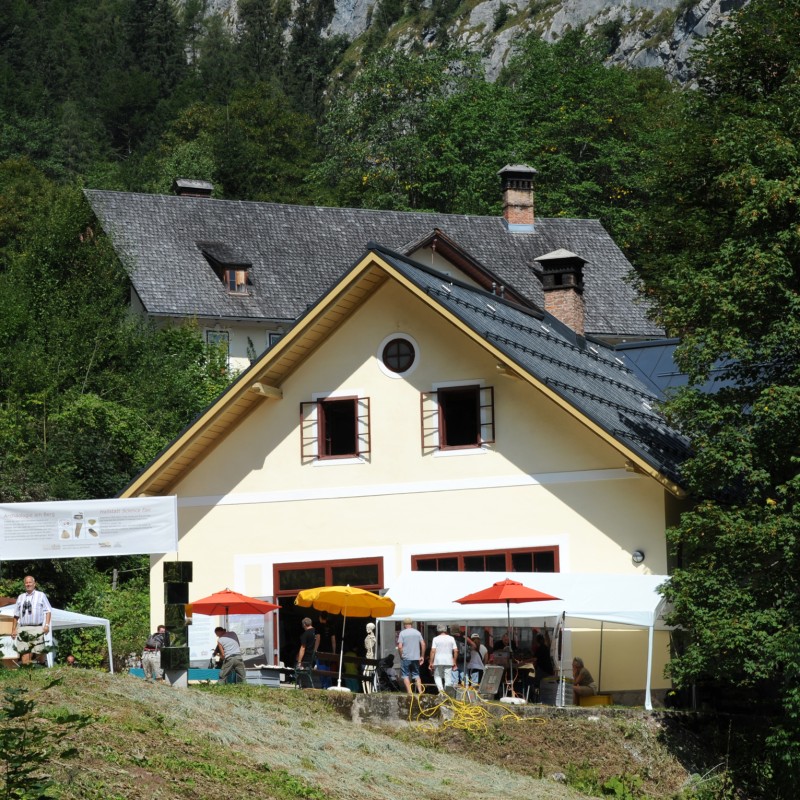 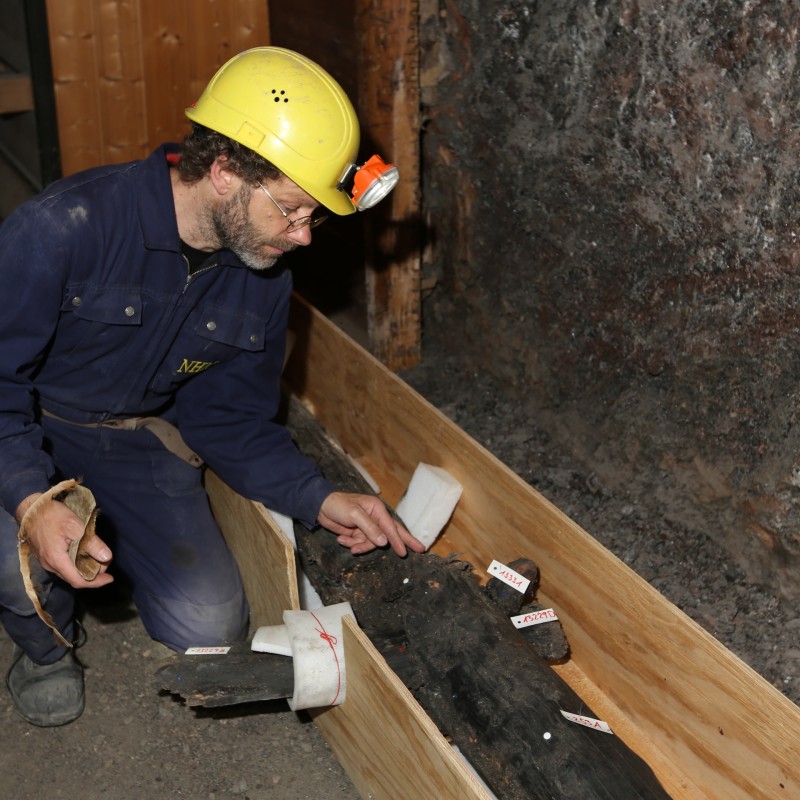