Born in Vienna as the son of the advocate Dr. Severin Brezina on 4 May 1848. Although destined for a juridical career, Brezina was interested in natural science from a very early age and became a voluntary collaborator at the Imperial Mineralogical Cabinet already in 1862, during his high school years. Under the guidance of the Assistants Laube, Zittel and Schrauf he devoted himself to geological and crystallographical problems and attended lectures given by Schrauf, Suess and Tschermak.

In 1866 he graduated from the academic high school. At the University of Vienna, he began reading mathematics and physics; at the laboratory of the Technical College he worked on chemical problems. In 1868, Brezina went to Berlin and in the same year he became Assistant at the Imperial Mineralogy Cabinet. In 1872, he obtained his PhD at the University of Tübingen. He furthered his studies in chemistry and earth sciences in Vienna and in 1874 he qualified as a lecturer at the University of Vienna for Crystallography and Crystal Physics. In the same year, he became curator of the Imperial Mineralogy Cabinet. In 1878, after G. Tschermak left the staff of the Imperial Mineralogy Cabinet, Brezina assumed the administration of the meteorite collection - objects which had always particularly interested him.


Like Friedrich Berwerth, Brezina was also very involved with the move from the old premises in the Imperial Palace to the new ones situated on the Ring. Due to his extraordinary efforts in connection with the move and the subsequent re-installation of the collections, he was appointed in his personal capacity as Director of the Mineralogical - Petrographical Department of the Imperial Museum in 1896. He remained in this position until his retirement in 1896. Thereafter, he held the position of Director of the "Viennese Urania" which was founded in 1898, but soon gave up this post. In 1877, Brezina married the daughter of the architect and privy councillor in the Ministry of the Interior, Karl Koechlin. Koechlin’s son, Rudolf Köchlin (1862 - 1939), was also very interested in mineralogy and became a voluntary collaborator at the Mineralogical - Petrographical Department in 1884.

The rare meteorite mineral brezinaite, a chromium sulphide, is named in his honour. 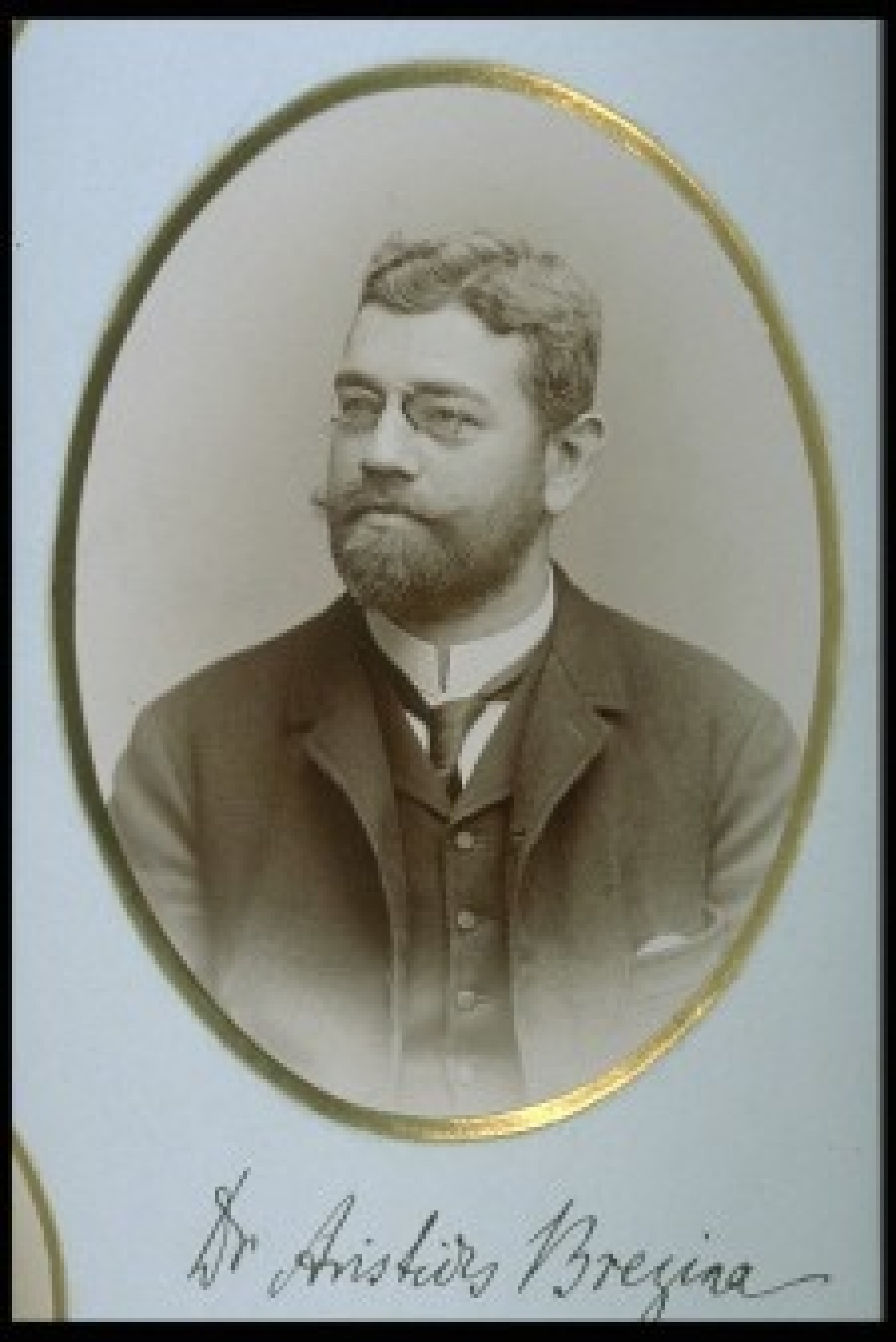