Dodo
Raphus cucullatus. Mauritius. Skeleton acquisition, 1905.
The NHM owns not only the most complete dodo skeleton anywhere in the world, but has also had a state-of-the-art reconstruction of this extinct species since 2011.

With the English saying “dead as a dodo”, more than any other creature the dodo became a symbol of something irretrievably lost. Rightfully so, because its history from the first verifiable sighting by Dutch seafarers in 1598 to its extinction in 1681 is as short as it is sad.

Dodos lived exclusively on the islands of Mauritius and Reunion. As the latest molecular biological analyses confirm, they were related to the dove, but could attain the size of a turkey and weigh as much as 20 kilograms.
The name dodo is believed to come from the Portuguese word “doido”, which means something like foolish. The still prevalent image of the dodo as clumsy and awkward is erroneous and is based primarily on historical representations of live, excessively fat birds in captivity. In the wild thousands of these flightless birds, which had no natural enemies on Mauritius, fell prey to European seafarers above all due to their lack of suspicion.
The last dodo was probably killed by a sailor in 1681. When naturalists asked the local inhabitants about the dodo a hundred years later, they were met with incredulous head-shaking. “No, birds like that have never existed here,” herders and farmers assured them. Even their bones became a rarity. Today there is not even one complete dodo skeleton anywhere in the world. The NHM’s specimen, donated by then director Franz Steindachner in 1905, was probably put together from the remains of several birds.
Hall xxxi
Download all images 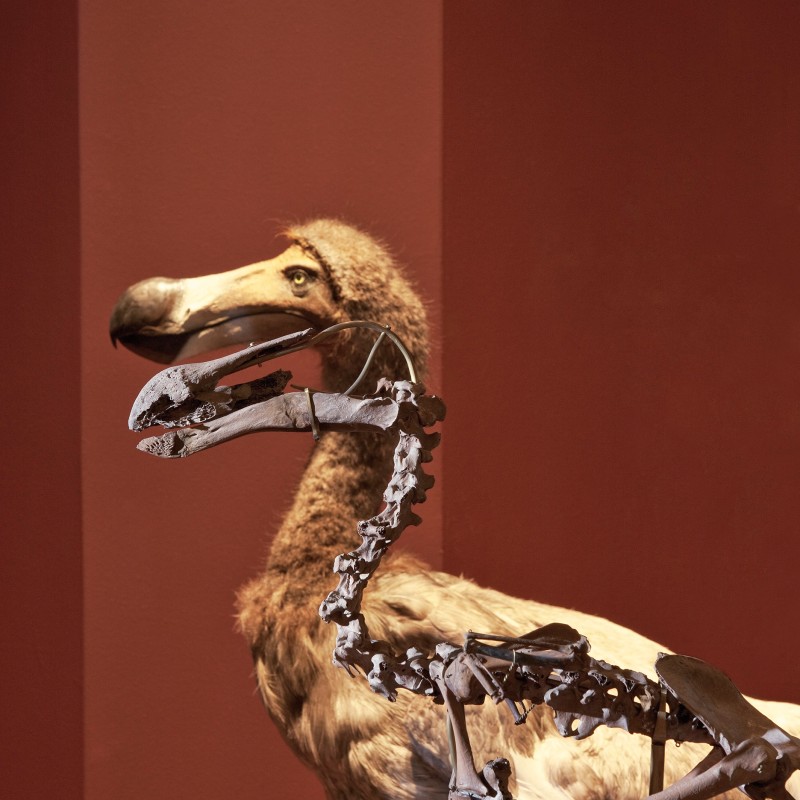