Ganges Gharial pair
Gavialis gangeticus. Also Indian gavial. India. Mounted specimens, circa 1900.
At four and five meters long, these two mounted specimens are some of the longest Ganges gharials on display in a museum.

The gharial is not just one of the longest crocodiles, it also has the longest snout in relation to the size of its head. Despite its considerable size, it does not harm humans. It eats primarily fish that it catches in rivers either by stalking or lying in wait. As it swims by, the gharial pivots its head to the side with lightning speed, seizes the fish, tosses it into the air and swallows it head first.
Gharials live in small groups consisting of one male and several females. Like other crocodilians, during the breeding season the males protect their territory aggressively against other males of the same species – and females later attack anyone who comes to close to their nest of eggs just as vehemently.
The only living species in this family of gharials is threatened with extinction. This is not just because their eggs are sold as a delicacy, but above all because their original habitat – the major river system of the Indus, Ganges and Brahmaputra – is now engulfed by dense population of humans. There are virtually no more peaceful sandbanks in mighty rivers, which is what the gharial needs to lay its eggs. A gharial female lays about 30 eggs each year, and it takes about fifteen years for the young to become sexually mature.
The only populations to have survived so far, thanks to successful preservation projects, are small scattered groups in Nepal, in northern India and in Bangladesh. Gharial eggs are collected outdoors and hatched in farms. The young animals are reared for three years before they are released into the wild again at suitable sites.
Hall xxViII
Download all images 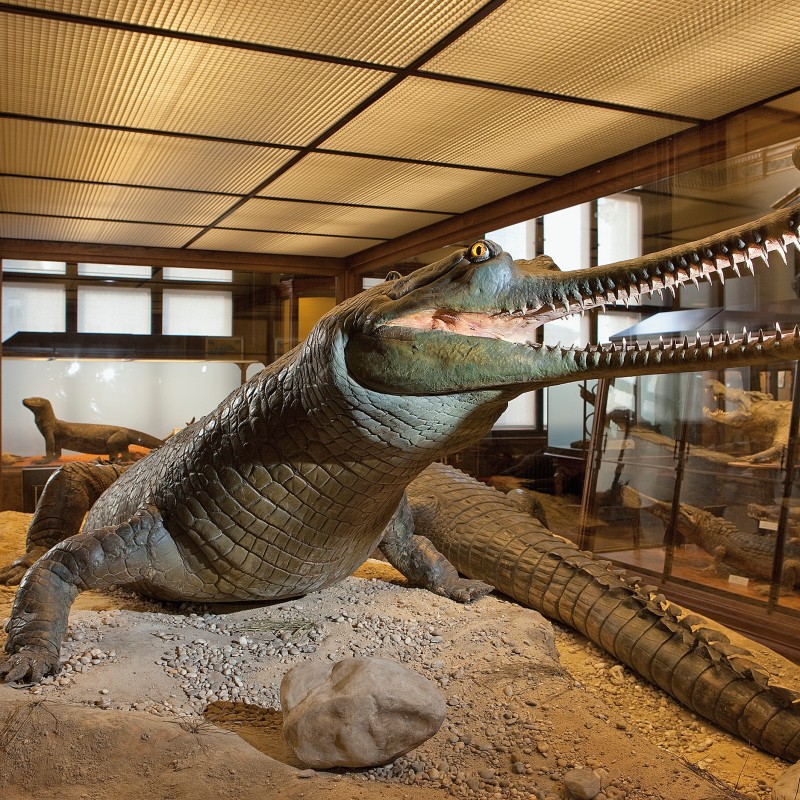