Hoe tuskers are the earliest successful branch of the fossil trunked animals, and are undoubtedly their strangest representatives. Their tusks are solidly embedded in the lower jaw, and bend downwards and to the rear. They probably used them to remove bark from trees and tear up water plants.

While the name Deinotherium (“terrible beast”) may seem exaggerated for the Prodeinotherium bavaricum, its close relative Deinotherium giganteum was more than twice as tall, and with a shoulder height of up to five meters significantly more powerful than the modern African elephant. However, Deinotheria are not direct predecessors of modern elephants. They emigrated from Africa to Asia and Europe 19 million years ago, and died out three million years ago.

Fossil trunked animals (mastodons) and their lifestyle and phylogenetic relationships are among the key research areas of the NHM’s Geological-Paleontological Department. The repeated waves of migration to Asia and Europe help reconstruct former land links and straits.

Although the skeleton, which came to the NHM in 1885, is unusual because of its completeness, additions were required in assembly. In particular, the vertebrae were separated by artificial discs to create an impression of the natural size. The tusks were also modelled in plastic.
Hall IX
Download all images 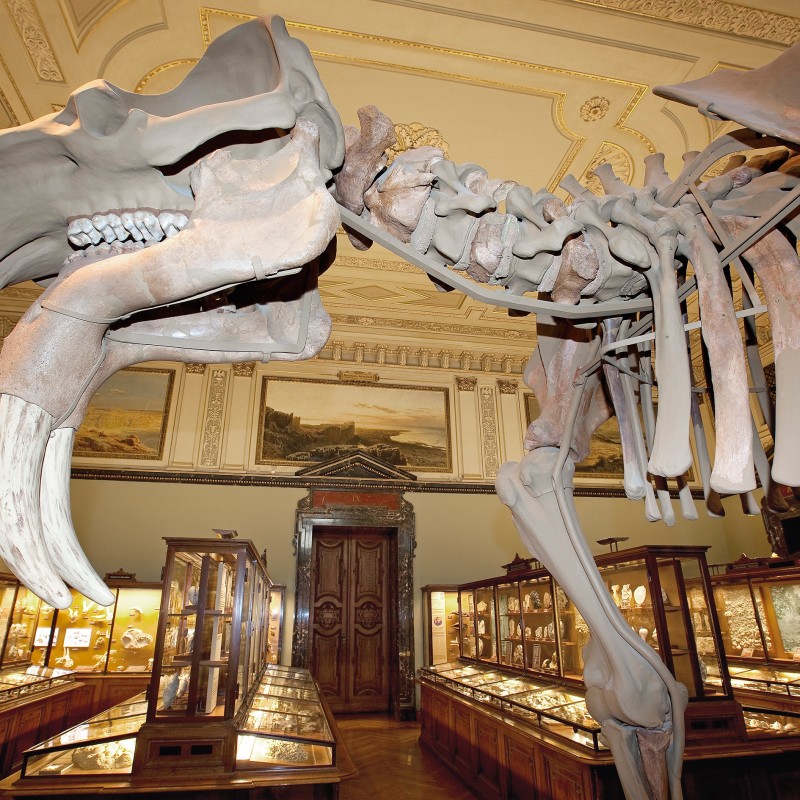