Hraschina Iron meteorite
Octahedrite. Hraschina, Croatia. Fell 1751.
Hraschina near Zagreb is one of the first scientifically investigated meteorites, and is the foundation of the Vienna meteorite collection, the oldest in the world.

On 26 May 1751, the fall of an iron meteorite was observed in Hraschina near Zagreb. A commission of enquiry interviewed numerous eyewitnesses and prepared a detailed record. The reports of the celestial event are very clear: “A small cloud was seen here which made a loud noise and then suddenly broke up. Two spheres fell to earth, which the local priest had dug up. One of the spheres was transported to the Emperor Franz I in Vienna, the other was broken up into many pieces, and even made into nails.”
Nevertheless, most scholars refused to believe in “stones falling down from the sky”. Despite this, the 39-kilogram piece of iron was housed in the imperial treasury, and then transferred in 1778 to the Imperial Natural History Collection. There, it not only served as the foundation for the world’s oldest meteorite collection, but also provided the impulse to collect more “stones from the sky” – decades before science officially recognized the extraterrestrial origin of meteorites.
The original meteorite was even immortalized in the interior decorations of the new museum building on the Ring. One of the figures on the wall (caryatids) in Hall IV is holding the famous object in its hands.
In 1808 Alois von Widmanstätten made one of the most important discoveries in the science of meteorites while treating the Hraschina iron meteorite with nitric acid: he observed lattice-like patterns – the “Widmanstätten patterns” (visible in the object number) that are now named after him. Experts can use these patterns to determine the authenticity of specific iron meteorites and derive how large and hot the asteroid was from which the meteorite came. 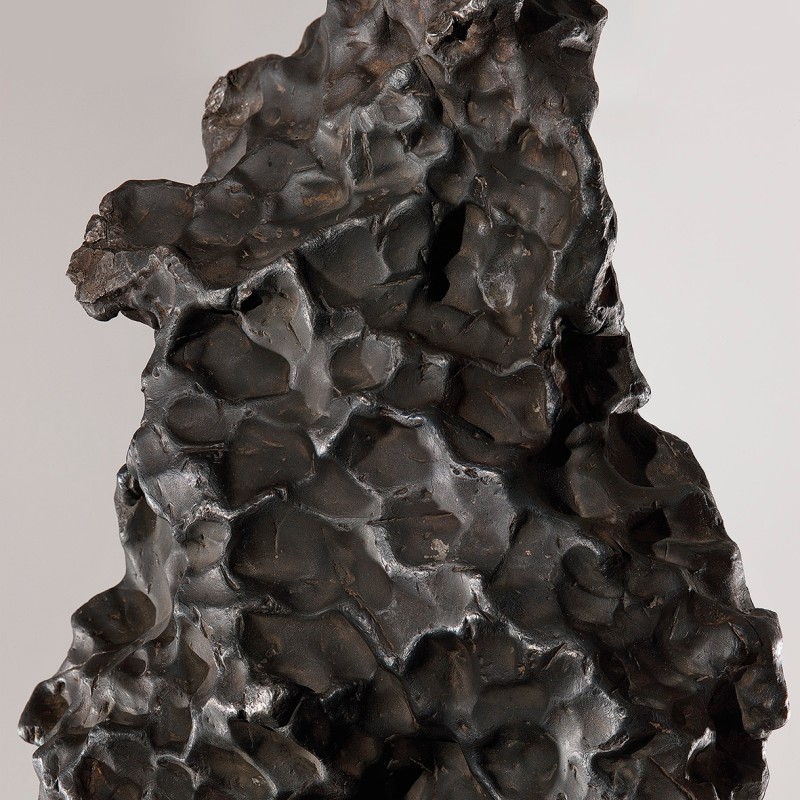