With a leg span of up to four meters and legs up to one-and-a-half meters long, giant spider crabs are the largest living crustaceans in the world. They can weigh up to 20 kilograms and are found exclusively in the Pacific around the Japanese islands. Striding unhurriedly across sandy soil and mud in water of between 20 and 500 meters deep, they can cover great distances as they search for food. As omnivores, they are not choosy: they eat plants and carcasses, but they also break open the shells of mullusks and even crack pieces of coral. To protect themselves against natural enemies, they camouflage their bright red or orange colored shell by putting sponges, sea anemones, and algae on their back.

The Japanese call them “takaashigani”, long-legged island crabs. Giant spider crabs have been known in Europe since as long ago as the 17th century. The first European to see them on an expedition was the German doctor Engelbert Kaempfer, in whose honor the Latin species name was chosen. The giant spider crab pair at the NHM comes from the Bay of Tokyo and was brought to Vienna in 1882.
Today giant spider crabs are scarce due to overfishing. In Japan, they have become a national symbol and are, therefore, seldom eaten these days. 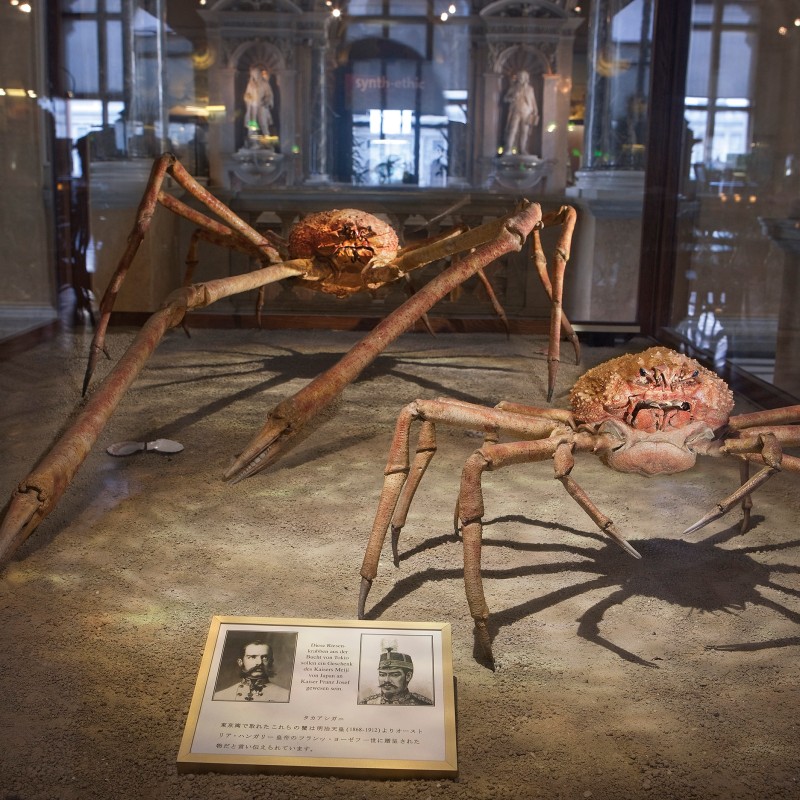