Paleolithic Age. 31,000 years. Cavern at Mladecˇ, Moravia, Czech Republic.
As one of the oldest definitively dated Homo sapiens finds in Europe, the Mladecˇ skull is at the focus of current scientific controversy about human history.

When Josef Szombathy was commissioned by the curator of the NHM in 1882 to excavate a cavern near Mladecˇ, he could not have known how significant his finds would turn out to be. Although he had only a few days, he kept extremely detailed records of his work, and even drew a profile of the exact sequence of layers in the cave sediment. When he encountered “remains of human skeletons in close company with diluvial animal bones”, he immediately grasped the scientific importance of this discovery, as the remains of reindeer, cave bears and wolves clearly confirmed the Ice Age date of this human discovery. Szombathy, who identified the skull as Homo sapiens, was violently attacked by several scientific colleagues. It was not until 1900 that the idea that modern man was already living during the Ice Age established itself.

In 2006 the Mladecˇ skull caused a new sensation, when NHM anthropologists succeeded in determining the absolute age of the bones – 31,000 years. This makes it one of the oldest certain Homo sapiens finds in Europe.
Since then, the bones from Mladecˇ have again played an important role in answering fundamental questions about human history. What happened when the Neanderthals were replaced by Homo sapiens? How was modern man able to persevere, and how did he spread through Europe? Because there are only a few comparable lagerstätte complexes, the skeletal remains will continue to be a source of decisive importance for anthropologists throughout the world.
Hall xiv
Download all images 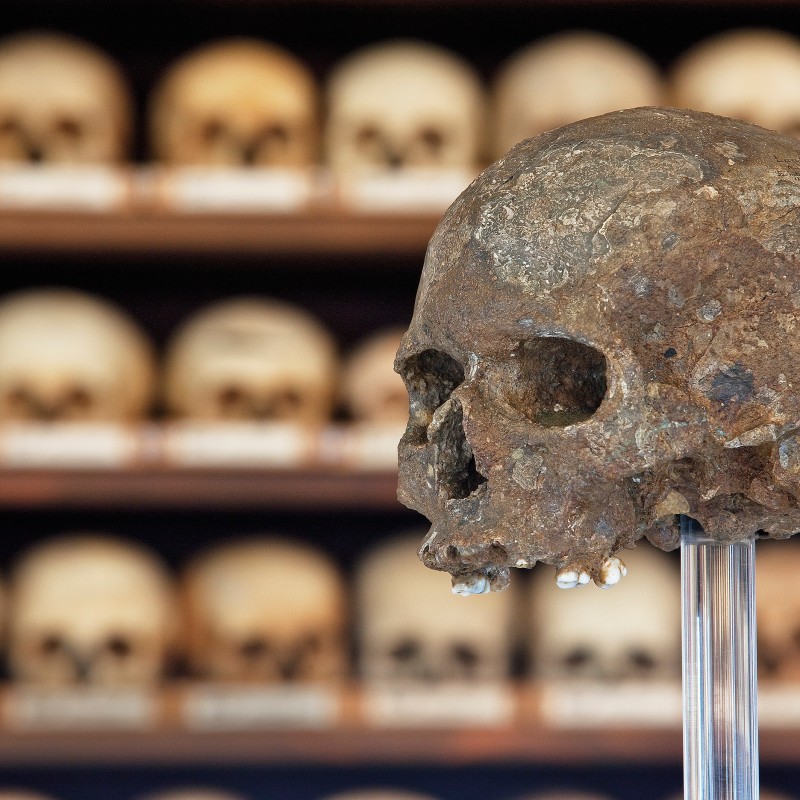