According to the regulation governing the administration of the Natural History Museum Vienna, the functions of the Department Archive for the History of Science do not only comprise the appraisal, preservation, exploitation, and scientific evaluation of the written and graphic material from all departments, but also of “other materials which are not required for the current work of the departments”.

This is why the storerooms also contain collections of physical objects. From printing blocks to old typewriters and cameras, utensils are kept in storage, some of which give the impression of being curiosities, such as a portable toilet, water jugs, bricks remaining from the laying of the foundation stone of the museum, as well as small dioramas and parts of the full-dress uniform of a museum attendant from about 1900. Of particular value are the microscopic specimens, which Emperor Ferdinand I (1793 – 1875), known as “the benevolent”, produced himself. Further objects include the over 100-year-old bacteria cultures bred by Franz Kral. 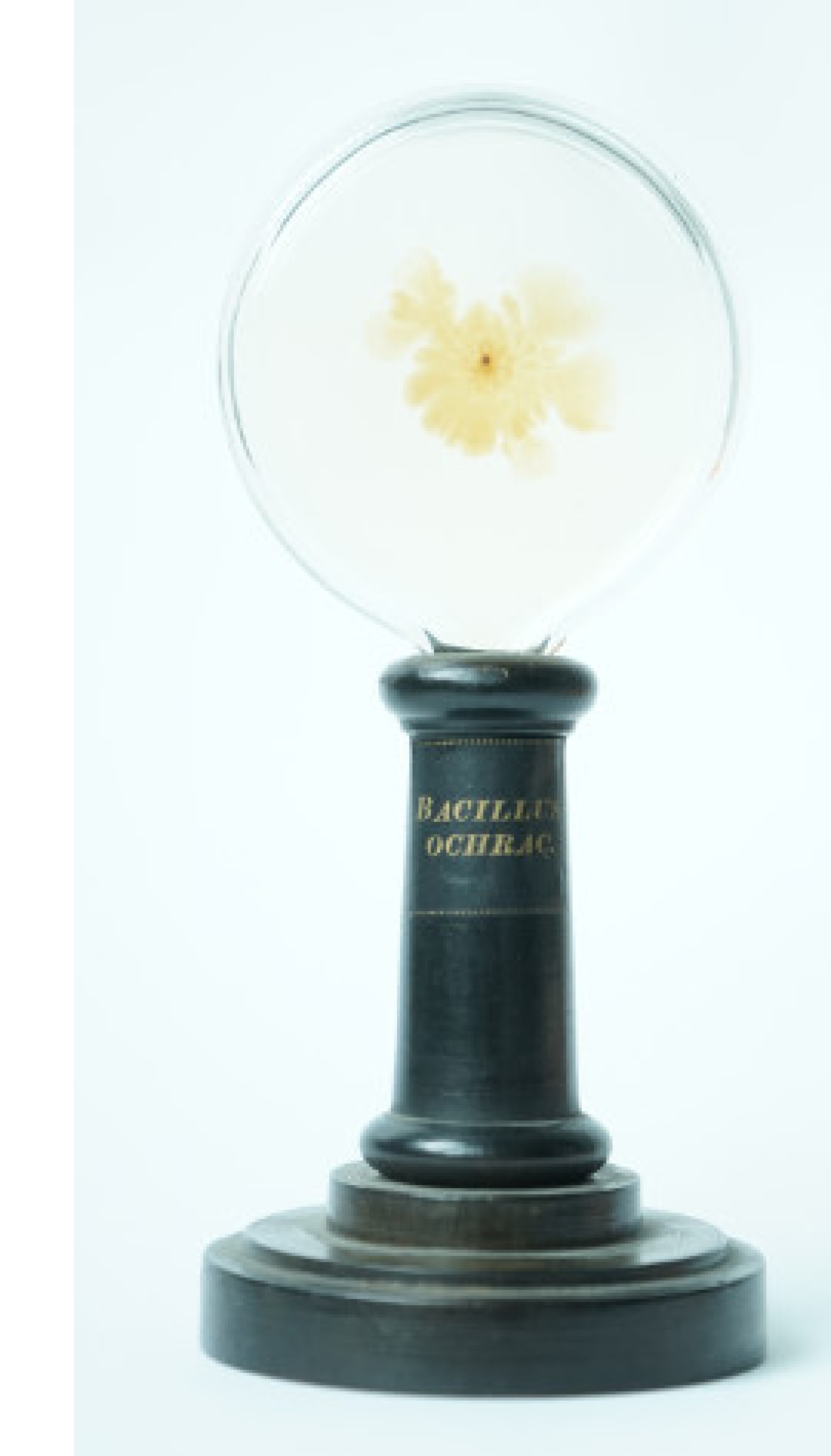 Emperor Ferdinand I., microscopic specimens of algae, around 1850

Part of the full-dress uniform of a museum attendant, around 1900

Admission card to the “k.k. Physical., Kunst u. Natur Kabinet“ at the Josefsplatz, before 1802
Follow us on