It was at the beginning of the Neolithic period that the first settlements arose. The first crops and domestic animals came to Europe from the Near East via the Balkans. In our region the first farmers settled in Lower Austria around the middle of the 6th millennium BC. The oldest Neolithic settlement excavated to date by archaeologists from the Department of Prehistory is located in Brunn am Gebirge.

Dating from around 4000 BC, the gold discs and solid copper objects from Stollhof in Lower Austria are the oldest Early Copper Age metal finds discovered in Austria.
The largest Late Neolithic finds in the prehistoric collection come from the settlements in Mödling/Jennyberg, Vienna Ober St. Veit and Ossarn, as well as the large collection of Alpine pile dwellings, which have been declared a UNESCO World Heritage Site.
The richly decorated copper axe from Lušice in Moravia and the bell beaker finds from Laa an der Thaya bring the Neolithic collection to a close from a chronological point of view. The oldest prehistoric amber object ever discovered in Austria comes from a Bell Beaker Culture grave found in Laa a.d. Thaya. 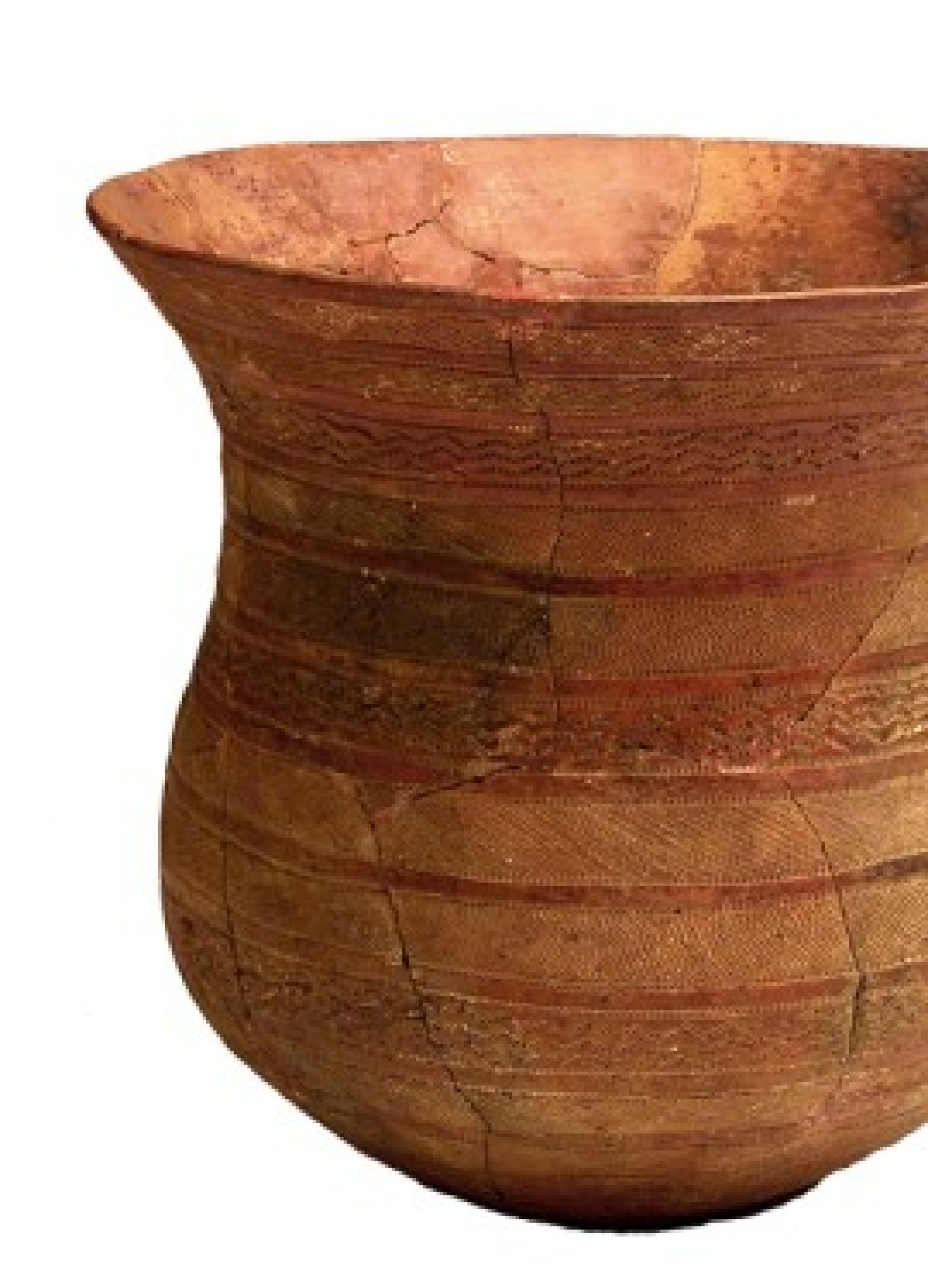